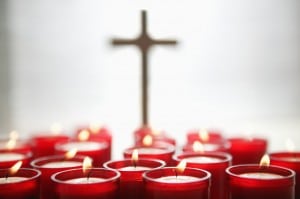 What are the greatest needs of the Catholic Church today?

Do not think that our answer is simplistic or superstitious and unreal: one of the greatest needs today is the defense from that evil that we call the devil (Pope Paul VI, November 1972).

Delivering the world from demonic powers has always been the mission of the Catholic Church.

In the ministry of Jesus, exorcism of people who were possessed and tormented by evil spirits was of prime importance. It demonstrated the power that Jesus Christ commanded, as did the other miracles He performed; but more importantly it showed that He had unopposed authority even over the demonic spiritual powers who openly defied the rule of God. With a mere word from Christ, the demons were routed, as in Matthew 9:33, 11:18, 15:22, and 17:18. The ministry of exorcism was critically important in establishing Jesusâ€™ authority as the true Lord of all creation.

â€œWhoever denies Satan also denies sin, and he who does not believe in demons does not believe the Holy Scripturesâ€ (Pope John Paul II). One of the assaults on the Christian faith has been the denial that the demons exist. This was at first proposed to free men from the fear of â€œdarkness and old night,â€ and to proclaim that the good God existed unopposed by any demonic power.

â€˜It is a well-known fact that where religion regresses, superstition progresses.â€™ A deep aversion for the love of the Sacred Scriptures and Holy Sacraments are the signs of living under the shadow of Satan. They practice abortions, having illegitimate children, witchcraft, Ouija board, tarot cards, crystals, palm reading, numerology, past life regression, psychic powers, channeling divination and sÃ©ances are everywhere; yoga, zen, reiki, fengshui (vaastu), transcendental meditation, these are â€œancient satanic wisdoms.â€

In recent years, while the world has strayed far from the Old and New Testaments and its cosmic battle between God and Satan, true demonic activity, which had been largely banished in Christian societies, has been slowly resurfacing. Occult preoccupations and practices are reintroduced under the aegis of the â€œNew Age movement,â€ and with them an increasing number of cases of demonic possession.

It had become so serious a problem that Pope John Paul II had spoken openly of the problem and of the need to formally train exorcists priests for dioceses around the world. The actual Rite of Exorcism is not very dramatic and will disappoint those who were expecting projectile pea soup, rotating heads, extreme physical manifestations, and verbal duels between the exorcist and the demon. The exorcist reads prayers and Scriptures from the approved ritual in the presence of the possessed.

It is an exercise of the Churchâ€™s authority and so it is necessary that the ritual be performed only with the local bishopâ€™s permission, using the precise form prescribed by the Church. Standing on oneâ€™s own against Satan is foolhardy and dangerous.

There are some Catholic religious institutions in India and abroad which conduct retreats of various kinds, increase our spiritual knowledge to come closer to Christ; but many of the participants that make these retreats come with traces of occult in them or they are possessed, with the hope of getting free from these evil bondages, they return home worse than before since these centers do not have the Exorcism Ministries. Here the teachings on Precious Blood of Jesus is of utmost importance since â€œThrough His Blood, we gain our freedom the forgiveness of our sinsâ€ (Eph. 1:7) â€œHow much more effectively the blood of Christ, who offered Himself as the perfect sacrifice to God through the eternal Spirit, can purify our inner self from dead actions so that we do our service to the living Godâ€ (Heb.9:14).

We are witnessing the fulfillment of the words in the Sacred Scriptures concerning King Ahaziah. While he was gravely ill, he sent messengers to consult Beelzeebul (prince of demons), God of Ekron, to find out his future. The great prophet Elijah of action and not diction intercepted these messengers and asked them, â€œIs it because there is no God in Israel that you are going to inquire of Beelzebul?â€ (2 Kings 1;1-4).

The traditional prayers for exorcism were in Latin. A new Rite of Exorcism was developed after Vatican II and has undergone several revisions. The new rite can be performed in the vernacular and has several alternative parts. At the present time, exorcists in Italy have been using both the old and the new rites, judging for themselves which one would be most appropriate in particular cases. It is interesting to note that in certain circumstances the Blessed Virgin Mary must be called on to intercede. The demons respond to her name with fear and loathing.

Demonic possession is still a major front in the war for souls between God and Satan. The Rite is thoroughly orthodox and conforms to Catholic teaching. It is both interesting and informative, and it stands to help people understand the very real demonic problems in our world as the Catholic Church understands them.

The devil never ceases his activity, while the Lordâ€™s servants sleep, as the parable of the wheat and the darnel tells us. Everyone knows that the priestly ministry includes risks and discomforts for the priest, even when he does not exorcise. St. Peter would say, â€œRejoice in so far as you share Christâ€™s sufferings, that you may also rejoice and be glad when His glory is revealedâ€ (1 Pet. 4;13). The welfare of souls is worthy of every sacrifice.

Delivering the world from demonic powers has always been the mission of the Catholic Church – a mission never more important than today. 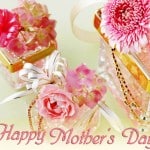 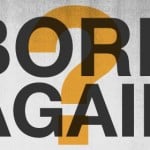 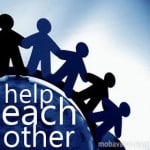 1 thought on “Mission Of The Catholic Church”