Poem : The Church Of Christ 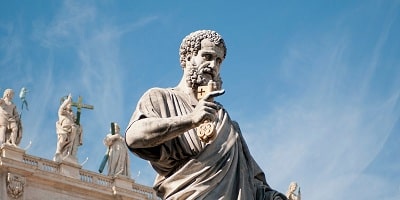 Oh there is but one Church of Christ
Formed upon the ‘Rock of Saint Peter’.
In fact it is the Body of Christ and is led,
At present, by one of Peter’s successors.

A series of Christ’s representatives renamed
‘Popes ’ after some years of church existence
Witnessing to faith in Christ while opposing
Evil across the passing centuries.

Alas, unfortunately, deriving from the evil
Manipulation of the Biblical ‘father of lies’,
Known as Satan, other believers established
So called churches ignoring the promise of Jesus.

So let us destroy the plans of Satan by Adoring and
Daily Consuming the Blessed Sacrament of Love
For Our Mother Mary’s ‘Yes’ to Gabriel brought us
The greatest source and means of victory over evil.

Poem : Yes I am a Backward Catholic 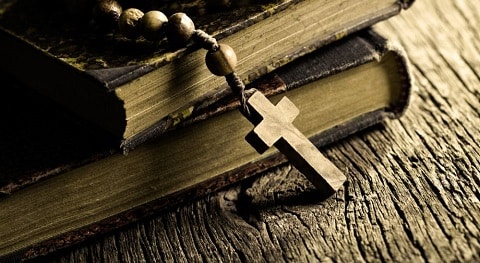 I am a Backward Catholic,
Back to Basics,
Back to Truth,
Back to Birth,
And choosing
Life over Death.

Backwards to a world
Where people prayed more,
And strayed from faith less.
Back to the Family
As the mainstay of society.

Back to Belief,
Back to Hope,
Back to Loving others
As we Love ourselves.

Yes, I am a “Backward Catholic”.
Are you? 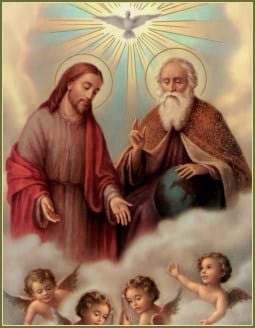 God : Three eternal and divine Persons
Known as The Blessed Trinity
The Father, The Word, The Holy Spirit
The Creator of all of existence!

God’s Word became man
By the Source of His Grace
That is His Holy Spirit
Through Mary,
An immaculate
Jewish maiden
Whose “Yes” to God
Via the Angel Gabriel
Ensured Our Redemption.

One Church – The Catholic Church
Known as The Body of Christ
Established upon Peter as recorded in The Bible.
The victim of a constant campaign by the master
Of lies, Satan, and the ego of others who refuse
To accept The Truth from the lips of Jesus
That He is the Bread of Life – Our Blessed Eucharist.

Posted in Poems | No Comments yet, your thoughts are welcome
Page 1 of 612345...»Last »
Subscribe For Free
Pages
Top Devotional Songs
Today's Top 10
Most Discussed Posts