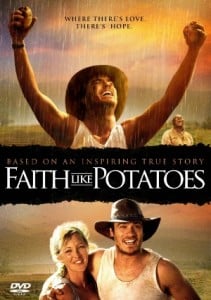 A story that urges you to trust in God with full faith, even when you are in difficult times. This movie is based on a true story of a man in South Africa called Angus, he lived with his family on a farm. When they got there, they started to make friends, but this man was very worried when he heard bad news about the harvest, and other troubles that were happening there. He was tired of fighting in between but he did not want to be defeated.

One day his wifeÂ´s friend invites them to the church, where they decide to follow Jesus Christ and then they unleash the Faith as never before. For example: Angus asked God, for a rain to come, even when it was not the time to rain, but it suddenly started to rain, God answered him according to his faith.

Since then he started to believe in God entirely, and devoted himself to preaching the word of God. His first experience was that through a prayer of Faith , he resurrected a lady, and through that miracle many believed in Christ. Angus became a godly man, he loved the big challenges. He asked god for a large stadium to pray for his country, as it is written: If my people, who are called by my name, will humble themselves and pray and seek my face and turn from their wicked ways, then will I hear from heaven and will forgive their sin and will heal their land. 2 Chronicles 7:14.

He perfectly understood it, and for that reason he wanted to call everyone to pray for the nation. But before carrying out this faith step, an unfortunate thing happened. While he was driving the tractor, one of the children on board fell and then died. After this Angus felt guilty for not being able to improve the situation. However, he was increasing his level of faith through these troubles.

The fact that we are Christians does not mean that everything will be good for us. God says he will be with us even in the midst of trouble and he will deliver us from all wrong. Angus was still worried, but God kept saying “Trust in meâ€. Meanwhile he prepared the meeting prayer and planned to harvest the potatoes, even when it was not time to harvest them. The Faith works like a charm. When all seemed to be lost, God said there is still hope. Finally both the harvest and the prayer meeting become grand success. Praise the Lord! 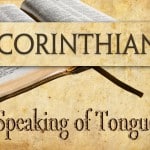