Play the above video clip to see Sam and Esther, the two orphaned children dying of starvation in Uganda and their older sister Jane taking care of them as far as she can.

A scene from The Fragrant Spirit of Life -Â This scene features Laurie Kroll who is the director of Village2Village an organization dedicated to helping orphaned children in a remote village in Uganda.

Village2Village and San Damiano Foundation took Sam and Esther to a hospital 35 miles away fromÂ their village, where they remained for six weeks until they had been nutritionally rehabilitated. They then were moved to a private home in their village where they are receiving supervised medical care, along with plenty of love and food.

A San Damiano Foundation supporter has pledged to pay for their specialized medical needs and they soon will be transferred to aÂ hospital in Kampala where they will receive physical therapy for their polio. WithÂ financialÂ help from an American sponsor, their older sister Jane is now living with a guardian and has been given a chance to be a child.

This video will make you cry. 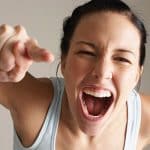 Swearing And Cursing Are Signs Of Evil In One’s Heart

4 thoughts on “Sam and Esther – Orphaned Children in Uganda”