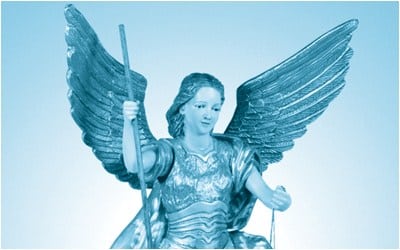 Raphael is an angel who brings compassion and healing.

The book of Tobit talks about angel Raphael. Tobit was a commoner. He was not a king or even a prophet. He lived outside Judea in a strange country that belonged to the Chaldeans. The Chaldeans hated the Jews and many Jews were massacred in the streets. The Jews were not even allowed to have a proper burial. Tobit took the risk of burying the dead bodies of the Jews killed by the Chaldeans. One day after burying a body, he returned home and slept outside the house. Next day when he woke up he lost his eyesight. He felt terribly depressed.

In another distant land a young Jewish girl called Sarah was planning to commit suicide. She married many times and her husbands were killed by an evil spirit on the very first night on every occasion. Sarah prayed to God and Angel Raphael carried her prayer to the throne of God. The good deeds and prayers of Tobit were also taken to the throne of God. God told Raphael to intervene.

Raphael came down in disguise. He walked with Tobitâ€™s son, Tobias for miles and miles for many days before reaching Sarahâ€™s house. He arranged for Tobias and Sarahâ€™s marriage and on the very first night Raphael bound the demon responsible for the death of Sarahâ€™s former husbands.

The Angel of Commoners

We do not know why one of the greatest angels in the heavenly court came down to earth to fix a seemingly trivial problem. Raphael looks different from other angels in the bible. He looks very compassionate. He is moved by the tears of an old man and a young maiden. He takes the pain of walking many miles with a mortal man to arrange a marriage for him. Later in the bible, we do not even hear about Tobias or their descendants. Some Christian bibles do not include the book of Tobit as it sounds like a trivial legend (except the Roman Catholic and the Greek orthodox bible).

Raphael is an angel who brings compassion and healing. Raphael takes our tears and prayers to God. The story of Tobit shows that heaven is actively engaged in solving the temporal problems of men as long as they are living here according to the will of God. It speaks about the angelic ministries. It reminds me of father Abraham sending his most trusted aide to a distant land to find a spouse for Isaac.

Our Father in Heaven is concerned about us and our spouses. He has put none other than His trusted angels in charge of our affairs. The angels do intercede for us and they take our virtues, prayers, fasting and good deeds to the throne of our Father. 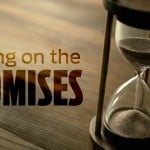 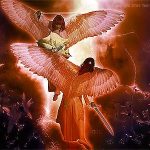 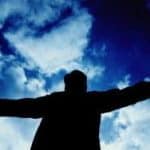 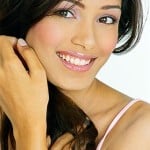 2 thoughts on “Raphael : The Angel of Commoners”