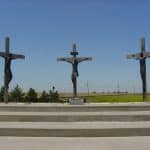 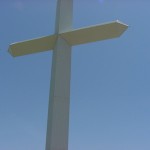 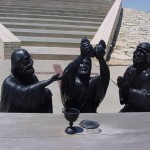 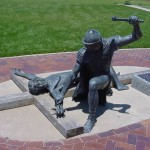 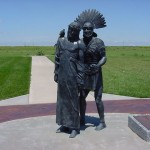 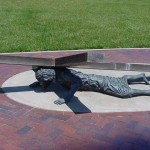 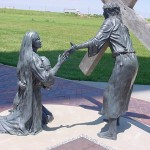 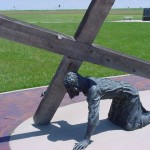 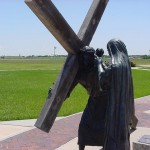 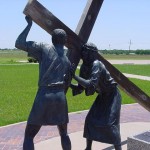 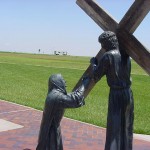 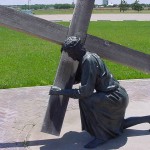 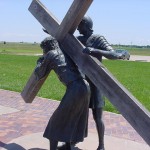 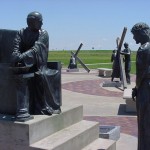 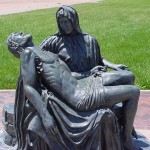 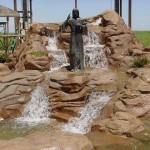 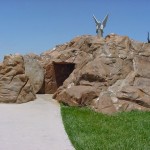 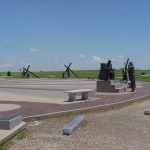 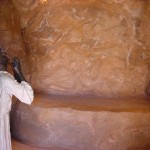 These 20 pictures are of Â Groom Texas Crucifixion of ChristÂ sculptured from metal by a man near Amarillo, Texas. The crosses are made of metal also. The man did this out of the kindness of his heart. Someone donated the land on which to erect them. See how stunning and lifelike they are……

Originally he wanted to put up his own billboard with Bible verses but could never find the appropriate verse. Instead, inspired by a cross built by a rancher in Ballinger, Texas, Mr. Thomas knew that he would build a cross. Built on private property donated by Chris Britten to avoid legal issues with the ACLU at a height of 190 feet, the Groom Cross is reported as being the biggest cross in the northern hemisphere.

Recent additions to the area around the Groom Cross include a memorial in memory of the victims of abortion and a replica of Calvary, with steps leading to the crosses, and a replica of Christ’s tomb. The Stations of the Cross were just completed and feature life-sized sculptures of the events leading to Christ’s crucifixion. The Groom Cross is fast becoming a roadside pilgrimage site with the number of travelers visiting the site increasing exponentially.