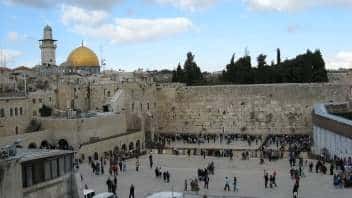 The Land becomes holy because the Holy One stepped in the Land.

As strange as it may seem, the expression â€œthe Holy Landâ€ occurs only once in the Hebrew Bible (Zech. 2:16), twice in the deuterocanonical books (Wis. 12:3; 2 Macc. 1:7), and not in the New Testament. Today this expression is a most convenient one when referring to the territory of the ancient Israelite kingdoms and the locus of Jesusâ€™ life and ministry.

Referring to this geographical space as â€œthe Holy Landâ€ avoids the complications that arise with two names that have contemporary political overtones: Israel and Palestine. Still, what do we mean when we use the expression â€œthe holy Landâ€? A good place to begin in developing an answer to that question is with Zechariah, the prophet who coined the phrase.

Though Zechariah was responsible for the expression â€œthe Holy Land,â€ an almost identical phrase occurs in Exodus 3:5. When Moses approaches the burning bush, God instructs him, â€œCome no nearer! Remove the sandals from your feet, for the place where you stand is â€œholy ground.â€ (The difference between the two expressions in Hebrew is a matter of a single letter).

The story of the burning bush assumes that Godâ€™s holiness is transmitted to the ground surrounding the spot where Moses experiences Godâ€™s presence. The ground is called â€œholyâ€ because God is there. Perhaps Zechariah had this story in mind when he called the land of Israel â€œholy.â€

In 70 A.D. the Romans conquered Israel and destroyed the Holy Temple and changed the name Israel to Palestine. The word Palestine comes from the word Philistines who were a nomadic tribe from Southern and Central Europe.

Zechariahâ€™s prophetic ministry took place during a very difficult time for Jerusalem. Many of its people had returned from exile in Babylon several years earlier, but they were still disheartened, believing that God was not concerned with them or their problems. While many people rebuilt their homes, the cityâ€™s walls were still in ruins and â€“ what was worse â€“ the reconstruction of the temple all but ceased because of the economic and political problems of Jerusalemâ€™s small population.

Two prophets, Haggai and Zechariah, were able to lift the peopleâ€™s spirits. The Jerusalemites took up work on the temple again and looked forward to a better future. Certainly part of Zechariahâ€™s success was his way with words.

â€œSee, I am coming to dwell among you says the Lord. Many nations shall join themselves to the Lord on that day, and they shall be his people, and He will dwell among you, and you shall know that the Lord of hosts has sent me to you. The Lord will possess Judah as his portion of the holy land, and he will again choose Jerusalemâ€ (Zech. 2:14-16).

Zechariah had his choice of two Hebrew words for â€œlandâ€. He chose adama to its synonym rets, which has political and social connotations. The prophet wanted the people of Jerusalem to know that the very soil they walked on was holy because God chose to dwell with them in their city and that holiness was extending out to the rest of Judah from Jerusalem. The effect of the prophetâ€™s words was electrifying. The people of Jerusalem enthusiastically took up the project of reconstructing the temple.

Within the space of four years, work on the temple was complete. Though the structure was not as magnificent as Solomonâ€™s temple, divine services could be resumed. Just as important, the building itself was a visible, tangible proof of Godâ€™s presence in their land and in their lives.

Though the expression â€œthe Holy Landâ€ occurs only this once in the (Tanach) Hebrew Bible, the idea of a holy land became very important in both early Judaism and early Christianity. Both Jews and Christians expressed their belief in the holiness of the land in concrete and specific ways. For example, the catacombs found at Beth Shearim, not far from Jerusalem, show that from the Late Roman through the Byzantine periods (3rd â€“ 7th centuries AD), Jews who lived outside of Palestine wished to be buried in â€œthe holy landâ€ so they arranged to have their remains sent to Beth Shearim to await the resurrection of the dead.

Christians built churches to commemorate events in Jesusâ€™ life and made pilgrimages to â€œthe Holy Land.â€ All this happened because Zechariah wanted his dispirited contemporaries to believe that they walked on soil made sacred by the presence of God in Jerusalem â€“ that they lived in â€œthe Holy Landâ€.

The prophet Zechariah coined the phrase â€œthe holy landâ€. He did so to encourage the people who no longer believed that God was concerned for them â€“ that God had abandoned them â€“ that God was absent. The prophet wanted his people to recognize that the very soil, which provided their food, on which they built their homes, on which they walked every day, was literally charged with the presence of God. How could they go about even the most mundane of their daily activities without recognizing the real presence of God among them?

Pilgrims to the Holy land speak about their experience of Godâ€™s presence as they looked out over the Sea of Galilee from the Mount of Beatitudes, or as they walked the Via Dolorosa, or as they knelt to kiss the metal star that marks the place of Christâ€™s birth in Bethlehem.

But too many pilgrims miss the opportunity for another experience of the divine presence â€“ a presence revealed in the faces and through the words of believers who call the Holy Land home. 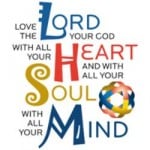 The Commandment of Love 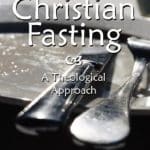 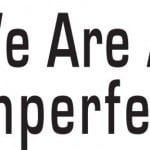 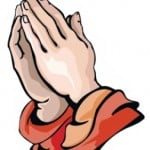 Is It Possible To Pray Always?