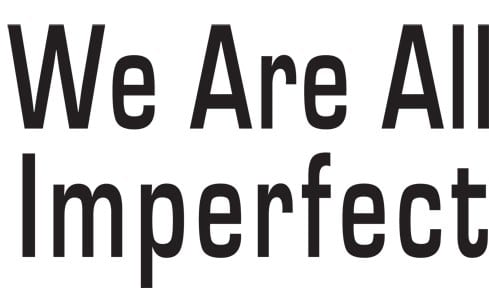 There are many reasons why God shouldn’t have called you. But don’t worry. You’re in good company…

Moses stuttered.
David’s armor didn’t fit.
John Mark was rejected by Paul.
Timothy had ulcers.
Hosea’s wife was a prostitute.
Amos’ only training was in the school of fig-tree pruning.
Jacob was a liar.
David had an affair.
Solomon was too rich.
Jesus was too poor.
Abraham was too old.
David was too young.
Peter was afraid of death.
Lazarus was dead.
John was self-righteous.
Naomi was a widow.
Paul was a murderer.
So was Moses.
Jonah ran from God.
Miriam was a gossip.
Gideon and Thomas both doubted.
Jeremiah was depressed and suicidal.
Elijah was burnt out.
John the Baptist was a loudmouth.
Martha was a worry-wart.
Mary was lazy.
Samson had long hair.
Noah got drunk.

Did I mention that Moses had a short fuse?
So did Peter, Paul — well, lots of folks did.
But God doesn’t require a job interview.
He doesn’t hire and fire like most bosses, because He’s more our Dad than our Boss.
He doesn’t look at financial gain or loss.
He’s not prejudiced or partial, not judging, grudging, sassy, or brassy, not deaf to our cry, not blind to our need.
As much as we try, God’s gifts are free.
We could do wonderful things for wonderful people and still not be . . . Wonderful.
Satan says, “You’re not worthy.” Jesus says, “So what? . . . I AM.”
Satan looks back and sees our mistakes.
God looks back and sees the cross.
He doesn’t calculate what you did in ’98.
It’s not even on the record.

Sure. There are lots of reasons why God shouldn’t have called us.
But if we are magically in love with Him, if we hunger for Him more than our next breath,
He’ll use us in spite of who we are, where we’ve been, or what we look like.
Pray that as Christians, we will step out of our limitations into the illimitable nature of who God is.
Then our passion for God and our passion to communicate with Him will make mincemeat of our limitations.

This entry is filed under Think N Grow. You can follow any responses to this entry through the RSS 2.0 feed. You can leave a response, or trackback from your own site.
3 Responses to “God Can Use You”
1

Shalom Ahlaychem, Wonderful post Shashank Patel. I hope things are going well for you in your homeland. Shalom

Hey we are all chosen, but we are put here to earn it thru the eyes of our father…… amen

Awesome article..surely it would have touched many.May God use you more like this amen.