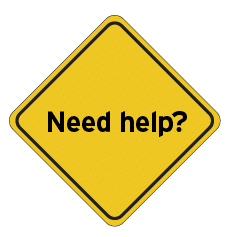 I was parked in front of the mall wiping off my car. I had just come from the car wash and was waiting for my wife to get out of work.

â€œI hope he doesnâ€™t ask me for any money,â€ I thought. He didnâ€™t. He came and sat on the curb in front of the bus stop but he didnâ€™t look like he could have enough money to even ride the bus. After a few minutes he spoke. â€œThatâ€™s a very pretty car,â€ he said. He was ragged but he had an air of dignity around him. His scraggly blond beard keep more than his face warm. I said, â€œthanks,â€ and continued wiping off my car.

He sat there quietly as I worked. The expected plea for money never came. As the silence between us widened something inside said, â€œask him if he needs any help.â€ I was sure that he would say â€œyesâ€ but I held true to the inner voice. â€œDo you need any help?â€ I asked.

He answered in three simple but profound words that I shall never forget. We often look for wisdom in great men and women. We expect it from those of higher learning and accomplishments. I expected nothing but an outstretched grimy hand. He spoke the three words that shook me. â€œDonâ€™t we all?â€ he said.

I was feeling high and mighty, successful and important, above a bum in the street, until those three words hit me like a twelve gauge shotgun. Donâ€™t we all?

I needed help. Maybe not for bus fare or a place to sleep, but I needed help. I reached in my wallet and gave him not only enough for bus fare, but enough to get a warm meal and shelter for the day. Those three little words still ring true.

You never know when you may see someone that appears to have it all. They are waiting on you to give them what they donâ€™t have. A different perspective on life, a glimpse at something beautiful, a respite from daily chaos, that only you through a torn world can see.

Maybe the man was just a homeless stranger wandering the streets. Maybe he was more than that. Maybe he was sent by a power that is great and wise, to minister to a soul too comfortable in themselves. Maybe God looked down, called an Angel, dressed him like a bum, then said, â€œgo minister to that man cleaning the car, that man needs help.â€ Donâ€™t we all?