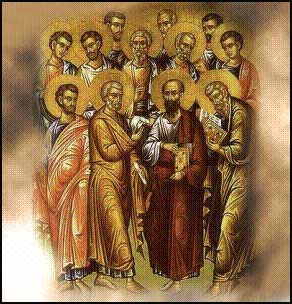 If you are a non-Christian, or from certain Christian traditions, including Baptist or Pentecostal, you might be asking, “what exactly is a creed?” Perhaps you know what a creed is, but you find the idea of a creed too formal, too limiting, and stifling. Yet, a creed is simply a statement of belief, derived from the Latin word credo, to believe.

In fact, many people like creeds because they accurately explain the cherished beliefs of individuals and groups of people. Some churches even have “statements of belief” that are longer and more complicated than the basic Christian creeds, even though these churches often avoid the word “creed.”

Creeds are meant to define the boundaries within which a group of people operate. While a creed is a “rule” in one sense of the word, it is more accurately a metaphorical boundary-line or fence, dividing the safe (or correct) areas from the unsafe (or incorrect). This is why many creeds summarize only the basic points of belief, because as fences they do not spell out all truth as much as they define the lines one should not cross. Also, creeds, namely the Christian creeds, put into words the experiences of the believing community. The creeds summarize the basic ideas and practices that make one Christian.

Can one not believe the creeds and still be Christian? Well, yes and no. Not every Christian believes every line of the creed everyday of their lives. We all have doubts, questions, and days, if not years, when we doubt the validity of our beliefs. Yet, we must still faithfully try to work through our doubt, and during times of doubt, it is crucial to recognize that despite our personal doubts, the Church will continue to hold to the creeds, because they best describe her experiences and beliefs. Thus, even though they may have private personal doubts, Catholics are expected not to preach or teach against the creeds. Why? For one, it is egotistical to insist that our personal doubts are to reshape a whole Church, whose character embraces millions of people, and almost 2000 years of existence.

You may ask, “what about people who say the creeds, even saying ‘I believe,’ when they don’t really believe what they are saying?” Well, the major Christian creeds are open to a degree of interpretation, however reciting a creed simply because it sounds dignified, everyone else is doing it, or because it is a grand historical document, is contrary to the purpose of a creed. It is playing fast and loose with the creeds to view them this way: the far more genuine action would be to simply not recite the creed if you don’t believe what you are saying, rather than doing interpretational acrobatics.

The Apostle’s Creed and Nicene Creed

Christians of all stripes (including Catholic, Lutheran, Anglican, and Methodist) accept the major creeds of Christianity, the Apostle’s Creed and Nicene Creed. Thus, the basic beliefs of the major Christian creeds transcend denominations and are a possible starting point for future unity. We must note that while the creeds are important, to be Catholic, one must hold to everything the Church teaches, not just what is in the major creeds.

While the creeds, said during worship and before confirmation and baptism, constitute an important part of the Faith, they are only part of the whole picture. However, the beliefs contained in the creeds may be a good starting point for ecumenical relations (even if limited) with other groups. Unfortunately, as mentioned previously, in many mainline churches (even in some Catholic churches), the creeds are simply past historical documents that many clergy and laity do not believe, which lessens the potential ecumenical effect of the creeds.

Creeds are making a comeback

InÂ post-modernity, creeds are making a comeback even in denominations that have previously balked at them, primarily because many now see that everybody has a creed, even those who have said for years “we have no creed.” Many younger Christians are discovering their Christian heritage, preferring to be connected to a larger and older reality than just our recent era.

For years, many clergy and scholars in the modern period told Christians to reject the ancient creeds because they were “outdated” and “irrelevant.” Many postmoderns are rejecting this mindset and discovering the ancient creeds, which connect us to present and past believers, and provide an authoritative boundary between correct and incorrect belief, a line that is becoming more and more blurred in the wider secular culture. 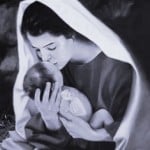 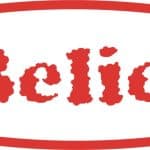 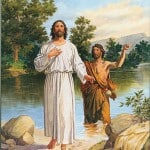 The Chosen One of God 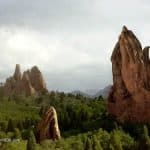 Our Thinking Vs God’s Promises

2 thoughts on “Why Christian Creeds”