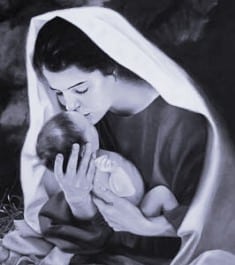 It is quite interesting how a lot of Christians treat the Mother of Jesus Christ as how people treat an envelope containing an important document or parcel. The envelope is usually trashed away after the content it contains is delivered. Many Christians see Mary as such; she is just an ordinary girl that God chose to use for His purpose, nothing special! Just like an envelope you see? Well, we shall see from the Scriptures whether this is really the case.

Did the Scriptures indicate in any way that Jesus is God? If so where are those indications? According to the Prophet Isaiah, the Messiah/Christ would be God.

For to us a child is born, to us a son is given; and the government will be upon his shoulder, and his name will be called “Wonderful Counselor, Mighty God, Everlasting Father, Prince of Peace.” Of the increase of his government and of peace there will be no end, upon the throne of David, and over his kingdom, to establish it, and to uphold it with justice and with righteousness from this time forth and for evermore. The zeal of the LORD of hosts will do this. (Isaiah 9:6-7 RSV)

In the New Testament, there are many indications pointing to the fact that Jesus is God.

And the Word became flesh and dwelt among us, full of grace and truth; we have beheld his glory, glory as of the only Son from the Father. (John 1:14 RSV)

Jesus after healing a man on the Sabbath made the Jews quite angry and very disturbed. The Jews got mad when they heard Jesus making Himself equal to God.Â But Jesus answered them, “My Father is working still, and I am working.” (John 5:17-18 RSV)Â This was why the Jews sought all the more to kill him, because he not only broke the sabbath but also called God his Father, making himself equal with God.

Jesus again was about to be stoned when he called God His Father.Â “I and the Father are one.” The Jews took up stones again to stone him. Jesus answered them, “I have shown you many good works from the Father; for which of these do you stone me?” The Jews answered him, “It is not for a good work that we stone you but for blasphemy; because you, being a man, make yourself God.” (John 10:30-33 RSV)

Also, when Thomas saw the resurrected Jesus he plainly called Christ God.Â Thomas answered him, “My Lord and my God!” (John 20:28 RSV)

Is Mary the Mother of God?

This should be one of the easiest truths about Christ that everyone who identifies himself/herself as a Christian should have no problem with but unfortunately this is not the case. I shall attempt to show from the Scriptures that Mary is the Mother of God.

From Isaiah’s prophecy we read:Â Therefore the Lord himself will give you a sign. Behold, a young woman shall conceive and bear a son, and shall call his name Imman’u-el. (Isaiah 7:14 RSV)

This is the very first indicator of Mary as the mother of God. Of course, Mary is a creature and did not create God. That is not the point over here. She is a creature that God the Father chose to bring forth His only Begotten Son. In other words Mary is the Mother of God the Son since Jesus is God as demonstrated earlier. I know this is as mysterious a thing for many to grasp just like the Incarnation itself, both of which can never be separated. Without the Motherhood of Mary there would be no Incarnation of Jesus Christ.

The plain fulfillment of Isaiahâ€™s prophecy are shown below:

In the sixth month the angel Gabriel was sent from God to a city of Galilee named Nazareth, to a virgin betrothed to a man whose name was Joseph, of the house of David; and the virgin’s name was Mary. And he came to her and said, “Hail, O favored one, the Lord is with you!” But she was greatly troubled at the saying, and considered in her mind what sort of greeting this might be. And the angel said to her, “Do not be afraid, Mary, for you have found favor with God. And behold, you will conceive in your womb and bear a son, and you shall call his name Jesus. He will be great, and will be called the Son of the Most High; and the Lord God will give to him the throne of his father David, and he will reign over the house of Jacob for ever; and of his kingdom there will be no end.” (Luke 1:26-33 RSV)

Now the birth of Jesus Christ took place in this way. When his mother Mary had been betrothed to Joseph, before they came together she was found to be with child of the Holy Spirit; and her husband Joseph, being a just man and unwilling to put her to shame, resolved to divorce her quietly. But as he considered this, behold, an angel of the Lord appeared to him in a dream, saying, “Joseph, son of David, do not fear to take Mary your wife, for that which is conceived in her is of the Holy Spirit; she will bear a son, and you shall call his name Jesus, for he will save his people from their sins.” All this took place to fulfil what the Lord had spoken by the prophet: “Behold, a virgin shall conceive and bear a son, and his name shall be called Emmanuel” (which means, God with us). When Joseph woke from sleep, he did as the angel of the Lord commanded him; he took his wife, but knew her not until she had borne a son; and he called his name Jesus. (Matthew 1:18-25 RSV)

But when the time had fully come, God sent forth his Son, born of woman, born under the law, to redeem those who were under the law, so that we might receive adoption as sons. (Galatians 4:4-5 RSV)

If you were God how would you create Your Mother?

Jesus in the Gospel notes that we human beings despite our evil deeds are good to our children.

Or what man of you, if his son asks him for bread, will give him a stone? Or if he asks for a fish, will give him a serpent? If you then, who are evil, know how to give good gifts to your children, how much more will your Father who is in heaven give good things to those who ask him! So whatever you wish that men would do to you, do so to them; for this is the law and the prophets. (Matthew 7:9-12 RSV)

Do you think Jesus who is God would do anything less for His Mother?

Scripture demonstrates that anything that God touches become holy and also God loves to dwell in holy places. Consider the encounter of God with Moses via the burning bush scene:

And the angel of the LORD appeared to him in a flame of fire out of the midst of a bush; and he looked, and lo, the bush was burning, yet it was not consumed. And Moses said, “I will turn aside and see this great sight, why the bush is not burnt.” When the LORD saw that he turned aside to see, God called to him out of the bush, “Moses, Moses!” And he said, “Here am I.” Then he said, “Do not come near; put off your shoes from your feet, for the place on which you are standing is holy ground.” (Exodus 3:2-5 RSV)

Also, consider the Ark of the Covenant was so holy only a few could touch it:

I leave you with this question for you to ponder prayerfully, â€œIf you were God how would you create Your Mother?â€

– – – written by Godwin Delali Adadzie. He is a Catholic Christian on fire for Jesus and His Kingdom. He is also the author of ‘Are Catholics Christians?’, ‘Is the Pope the Antichrist?’ and ‘Is the Rosary Biblical?’. 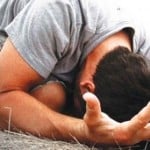 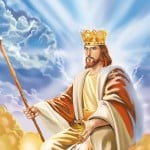 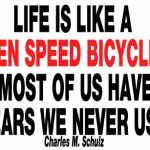 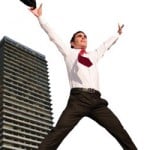 1 thought on “If You Were God How Would You Create Your Mother?”