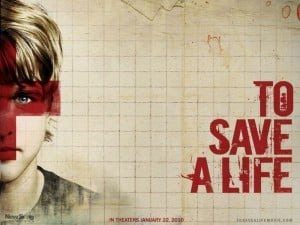 To Save a Life

Jake Taylor has everything. He has a beautiful girl, he’s the champion in basketball and beer pong, and everyone loves him. Then, an old childhood friend, whom Jake used to be friends with, commits suicide. Jake begins to think. He wonders what he could’ve done to save his friend’s life. A youth minister tells him that Jake needs God. So Jake becomes a Christian. However, things begin to spin out of control. His dad is cheating on his mom, his girlfriend is pregnant, and his former friends ridicule and mock him. During all this, Jake is going to realize just what it means to be a Christian and how, to save a life.

Jake Taylor (Randy Wayne), a high school senior, has a basketball scholarship, a sexy girlfriend, Amy Briggs (Deja Kreutzberg), and popularity at school. Before his teenage days, he used to be good friends with Roger Dawson (Robert Bailey Jr.) whoâ€™s now a lonely, alienated student unable to fit into the in-crowd.

Jake struggles to cope after Roger brings a gun to school one day and commits suicide. After attending Rogerâ€™s funeral, he goes through a crisis of conscience as he wonders what he could have done differently that might have saved Rogerâ€™s life. A youth group leader, Chris Vaughn (Joshua Weigel), guides him along throughout his spiritual journey, a kind of awakening, self-discovery and embracing of kindness, compassion and understanding that everyone ought to go through at some point in their life. Jake has a second chance to save the life of an outsider when he meets Jonny Garcia (Sean Michael), another alienated student.

The sensitive screenplay by Jim Britts combines the comic-of-age drama with just the right touch of suspense and comic relief to keep you fully engaged. What makes Jake such an interesting character is that heâ€™s quite relatable, complex and more mature than your average popular teenager. You can sense that he has the potential inside him to be not only a good Christian, but a good human being whoâ€™s not selfish or mean-spirited like those in his social circle who are, essentially, dragging him down.

Perhaps later in life Jakeâ€™s girlfriend and popular friends will realize the importance of kindness and compassion, but throughout Jakeâ€™s journey, theyâ€™re still naive. Fortunately, the moments of during which Jake experiences his epiphanies never veer toward preachiness or corniness, so itâ€™s easy to feel immersed in his journey without rolling your eyes or getting hit over the head with messages. Director Brian Baugh includes a terrific, lively soundtrack and moves the pace briskly enough so that thereâ€™s never a scene that overstays its welcome. At a running time of 2 hours, To Save a Life manages to be inspirational, genuinely heartfelt and captivating. Itâ€™s a profound, tender and uplifting journey toward enlightenment and compassion.

To Save a Life – Movie Trailer

Friends, you will love this movie. Don’t miss this. Watch it To Save A Life. 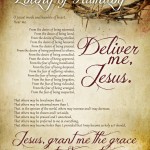