Each Of Us Has A Role To Play 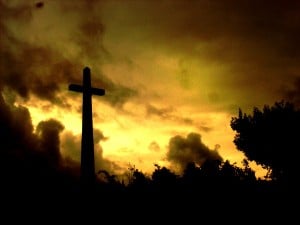 Each of us has a role to play in rescuing those who are drowning in sin. Read this beautiful story.

Walking through the forest, a seasoned hiker came upon a broad, slowly moving river. He stopped to gaze over the waters, appreciating the beauty, when suddenly he heard a faint cry coming from upstream. Looking in the direction of the noise, he saw an obviously drowning man floundering in the river and drifting slowly toward him.

The hiker was stunned momentarily, but he sprang into action when he saw the man disappear beneath the waters. Throwing off all of his cumbersome gear, he dove into the river and swam like a madman toward the spot where the man went under.

Upon reaching the spot he plunged below the surface and frantically hauled up the helpless man. He then laboriously towed the victim to shore. Heaving the lifeless body up on the riverbank, the hiker attempted to revive the man, who eventually spit up water and began to breathe.

Relieved, the hiker paused to catch his breath. But no sooner had he done so than he heard another voice out on the water. Another drowning person! Once again he swam out and pulled the person to shore, a little more slowly this time. As the hiker-turned-lifeguard revived the second victim, he heard yet another cry for help.

All day long the hiker worked, rescuing one person after another as they came drifting down the river. There seemed to be no end of drowning victims, and the hiker didn’t think he could keep it up.

Just when he was about to collapse from exhaustion, he spotted another man walking rapidly beside the river, headed upstream. “Hey mister!” he cried out. “Please help me! These poor people are drowning!” Amazingly, the man kept walking upstream. The astonished hiker called out again.

Without even acknowledging the cry, the man kept going. Indignant and angry, the hiker leapt to his feet, ran toward the uncompassionate man, stood directly in his path, and in a loud voice demanded, “Sir! How can you possibly walk past all these drowning people? Have you no conscience? Must I force you to help me save these people?”

The stranger stopped, looked at him for the first time and said with a calm, focused voice, “Sir, please get out of my way. I am headed upstream to stop the guy who is pushing all these people in.”

Each of us has a role to play in rescuing those who are drowning in sin. Some of us pull people from the water and resuscitate them with counseling, food and shelter, a rehabilitation program, a support group, or financial aid. Affirm those doing these important ministries.

Others of us find our place of ministry upstream, opposing the one pushing people into the river. We do this by introducing those people to Jesus Christ. Knowing Christ sets a person free from sin and releases them from Satan’s power over them.

By itself, pulling people from the water isn’t enough. We need to help people deal with the problem of sin at its source.

Posted in Stories | No Comments yet, your thoughts are welcome
February 7th, 2010 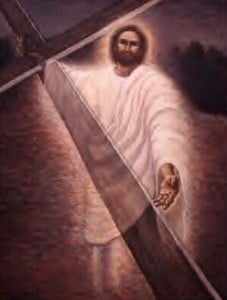 Once there was a child and mother living in a small house. Mother always wanted her son to live as a god fearing child. As he started growing up, mother noticed that her child is living in a wrong way by cheating his friends while playing, and  abusing them with bad words.

There was a beautiful door which was nicely painted. The child loved that door so much. So one day the mother said to the child that whenever you do a wrong thing then I will hit a nail on the door and the child agreed.

As he was growing, he started doing sins more and more and so more nails got hit on the door. Now the door was full of nails and lost its beauty.

Each nail represented his sin. One fine day, as he saw the door he realised that he must not sin anymore in his life and went to his  mom and said “Mom, from today I want to live righteous life. Promise me that You will remove all the nails which was hit on the door.” Mother told him “If you are not going to sin any more,  then no more nails on a door.”

His mom started removing all the nails on the door at once but still the door looked ugly because of nail holes. The child got so upset at this as because of his own sins, the door  had lost its beauty and so he left the home.

At night when he came back to home and saw the Door, it was nicely polished with beautiful colours and it got back its beauty. Now the child was so happy as the door became perfect without nails or holes and the mother was so happy for her son .

Jesus Christ was nailed and crucified for our sins on a cross 2000 years back but we people nail him everyday by our sins. Please, at least from today let us realize our own sins and avoid them to make Christ free from this pain.

Posted in Stories | No Comments yet, your thoughts are welcome
September 11th, 2009 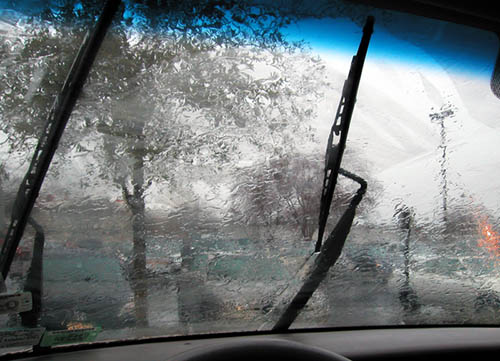 One rainy afternoon I was driving along one of the main streets of town, taking those extra precautions necessary when the roads are wet and slick.

Suddenly, my son Matthew spoke up from his relaxed position in the front seat: “Dad, I’m thinking of something.”

This announcement usually meant he had been pondering some fact for a while, and was now ready to expound all that his seven-year-old mind had discovered. I was eager to hear.

“What are you thinking?” I asked.

“The rain,” he began, “is like sin, and the windshield wipers are like God wiping our sins away.”

After the chill bumps raced up my arms, I was able to respond.

Then my curiosity broke in. How far would my little boy take this revelation?

So I asked, “Do you notice how the rain keeps on coming? What does that tell you?”

Matthew didn’t hesitate one moment with his answer: “We keep on sinning, and God just keeps on forgiving us.”

I will always remember this whenever I turn my wipers on.

Posted in Stories | No Comments yet, your thoughts are welcome
Page 5 of 8« First«...34567...»Last »
Subscribe For Free
Pages
Top Devotional Songs
Today's Top 10
Most Discussed Posts