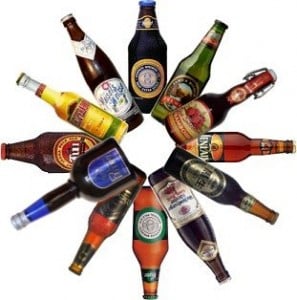 I’m made from wheat
Barely, rice or malt
Because people enjoy me
It’s not my fault

Some people act stupid
When filled with me
Others laughing, some abusive
I affect everyone differently

Remember it’s the person
Who has the control?
So stop making me
Play the bad-guy role

Many times when people had been drinking and bad situations happen , others blame their behavior on beer, “he was drinking”, “ignore it it was just the beer talking,” “i did that only because i was drinking” etc….

People who drink and act stupid or do something they normally wouldn’t do need to stand up and take responsibility for their behavior, it wasn’t the beer, it was YOU, you choose to react in a certain way while drinking, which gives you the perfect excuse.

Do you blame your bad behavior on soda, “oh forgive me i was drinking mountain dew last night,”. Anyway I wrote this poem then gave it to my sister after listening to her use drinking beer as her excuse for her wrong behavior and choices. – Angela Hutcherson-Jenkins

This entry is filed under Poems. You can follow any responses to this entry through the RSS 2.0 feed. You can leave a response, or trackback from your own site.
Your Thoughts Are Welcome | Leave a Reply
Prev/Next Posts
« Holy Spirit Poems | Home | 40 Days For Life »
Subscribe For Free
Pages
Top Devotional Songs
Today's Top 10
Most Discussed Posts