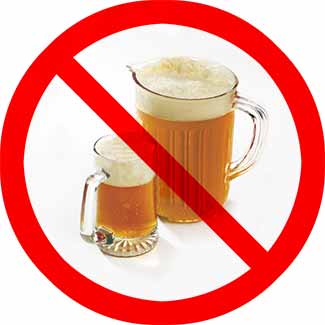 Why We Should Not Use Alcohol and Drugs

Alcohol is the most frequently abused drug in the world. It is a fact that the effect of use of alcohol except under medical advice is primarily negative. It leads to highly undesirable physical mental and social consequences.

Drugs are chemicals that have a profound impact on the neuro-chemical balance in the brain which directly affects how you feel and act. Addiction is a chronic, often relapsing brain disease that causes compulsive drug seeking and use despite harmful consequences to the individual that is addicted and to those around them. Drug addiction is a brain disease because the abuse of drugs leads to changes in the structure and function of the brain. Although it is true that for most people the initial decision to take drugs is voluntary, over time the changes in the brain caused by repeated drug abuse can affect a person’s self control and ability to make sound decisions, and at the same time send intense impulses to take drugs.

1 Thessalonians 5:6-7 â€“ â€œChristians are to be alert and self-controlled, belonging to the day. Drunkards belong to the night and darkness.â€

1 Peter 4:3-4 â€“ â€œThe past life of drunkenness and carousing has no place in the Christianâ€™s life.â€

How They Destroy Our Bodies

Along with alcohol’s effect on the brain causing sedation or drunkenness, it causes a general loss of brain tissue. Cirrhosis of the liver is a condition that alcohol is known to cause and is the sixth leading cause of death in the United States. When the liver is diseased with cirrhosis, it is unable to function normally. Heart disease is another concern for individuals who drink. Those who drink have an increased risk of developing high blood pressure, which can then go on to cause strokes or further heart problems. Alcohol is associated with cancers of the mouth, tongue, throat, esophagus, stomach, liver, lung, pancreas, colon (large intestine), and rectum. Fetal alcohol syndrome is a condition in which infants born to mothers who drink during pregnancy suffer such consequences as retarded growth; malformed features such as a large face, small eyes, short nose; and brain damage.

Almost all drugs, in one way or another, overstimulate the pleasure center of the brain, flooding it with the neurotransmitter dopamine. That produces euphoria, and that heightened pleasure can be so compelling that the brain wants that feeling back again and again. Unfortunately, with repeated use of a drug, the brain becomes accustomed to the dopamine surges by producing less of it, so the user has to take more of the drug to feel the same pleasure â€” the phenomenon known as tolerance. Continued use causes rapid breathing, irritability, impulsiveness, aggression, nervousness, insomnia, weight loss, tolerance, addiction, and possible heart failure.

Deuteronomy 32:33 â€“ â€œIntoxicating wine is like the poison of serpents, the cruel venom of asps.â€

How They Block Our Minds

Alcohol abuse can lead to personality change, sudden mood changes, irritability, irresponsible behavior, low self-esteem, poor judgment, depression, and a general lack of interest. Abuse during adolescence can have long-lasting consequences on brain function and cognitive abilities. Alcohol will initially make people feel happy and more relaxed, but it can ultimately increase anxiety and cause mood swings.In the end, consuming alcohol for mood benefits can actually increase the severity of the symptoms of stress, anxiety and depression and lead to the consumption of even higher and higher amounts of alcohol in order to sustain its effects.

Drugs cause an impairment in cognitive functioning which negatively affects memory and impacts the ability to learn. Withdrawal symptoms resultant to the use of drugs affects us physically and emotionally resulting in sadness, depression and exhaustion.

Proverbs 23:35 â€“ â€œAlcohol makes the drinker insensitive to pain so he does not perceive it as a warning. Alcohol is habit forming.â€

When a person uses alcohol he is giving a very negative state of being when it comes to how he is seen by others, and people might be more likely to shy away from someone who uses alcohol. People might not want to get involved, so the person might have trouble making friends. Also, alcohol can make a person say things that he does not mean. When a person has been drinking, he is not a good judge of character, and he will be more willing to go along with someoneâ€™s ideas that he would usually reject if he had not been drinking. He is going to be more likely to make lots of bad decisions and lots of bad choices. A person who might always be perfectly pleasant might become mean. It might make a person lose his good friends, or become friends with people that he wouldnâ€™t normally become friends with. It can lead to disastrous relationships, and can impair judgment.

Also, a person who is drinking a lot is going to be labeled by their peers, and this is going to limit the things they are able to do within certain groups of people. They might get bad reputations, or become known as untrustworthy or negative.

Alcohol lowers social inhibitions, trivializing basic social expectations like speaking politely, behaving modestly, driving carefully and even showing up for work. Ultimately, the abuse of alcohol can lead to the destruction of families and lives or regrettable physical encounters.

Drug abuse and addiction have a devastating impact on society. Heroin use alone is responsible for the epidemic number of new cases of HIV/AIDS, Hepatitis, and drug addicted infants born each year. Drug abuse is responsible for decreased job productivity and attendance, increased health-care costs, and an escalation of domestic violence and violent crimes.

Proverbs 4:17 â€“ â€œAlcoholic drink is called the wine of violence.â€

Isaiah 56:9-12 â€“ â€œDrinkers seek their own gain and expect tomorrow to be just like today.â€

1 Corinthians 5:11 â€“ â€œIf a Christian brother is a drinker, do not associate with him.â€

Teenagers may be involved with alcohol and legal or illegal drugs in various ways. Unfortunately, teenagers often don’t see the link between their actions today and the consequences tomorrow. Using alcohol and tobacco at a young age increases the risk of using other drugs later causing significant harm to themselves and possibly to others.

Teens use alcohol and other drugs for many reasons. They may do it because they want to fit in with friends or certain groups. They may also take a drug or drink alcohol because they like the way it makes them feel. Or they may believe that it makes them more grown up. Teens tend to try new things and take risks, and they may take drugs or drink alcohol because it seems exciting.

Drug use doesnâ€™t solve any of their problems, and it can easily make them worse or create new ones. But even if the user knows that, the short-term escape drugs provide can be so attractive that the dangerous consequences of abuse can seem unimportant.

But a person’s use of a drug such as tobacco, alcohol, cannabis or heroin can become uncontrolled, or start to control them. Even when the use of drugs leads to serious physical and mental problems, the person using may still not want to stop. If they do decide to give up, they may then find it’s much harder than they thought.

Weaning away habitual users is not always easy in the case of teenagers, as they might view the methods parents use to find out if they are using drugs as intrusive and controlling. And angry confrontations with teenagers might push them further into a cycle of resentment and refusal to communicate. So parents should be very tolerant and supportive. The teenager should be guided properly, if necessary, with professional help. Always remember that your unconditional love for the teenager should be the guiding factor, not your prestige or ego.


Proverbs 23:19-21, “Hear thou, my son, and be wise, and guide thine heart in the way. Be not among winebibbers; among riotous eaters of flesh: for the drunkard and the glutton shall come to poverty.”

Proverbs 20:1 “Wine is a mocker, strong drink is raging: and whosoever is deceived thereby is not wise.”

Proverbs 23:19-20 â€“ â€œA wise person will not be among the drinkers of alcoholic beverages.â€

Romans 14:21 â€“ â€œDo not do anything that will hurt your testimony as a believer.â€

1 Corinthians 6:10 â€“ â€œDrunkards will not inherit the kingdom of God.â€

Galatians 5:21 – Acts of the sinful nature, such as drunkenness, will prohibit a person from inheriting the kingdom of God.â€

What You Can Do:-

Self awareness is the key to preventing alcohol and drug abuse. This body and mind, the God-given gift, is to be used for the betterment of others and ourselves, and not for abuse. A healthy mind in a healthy body is the greatest wealth in the world. Even spending the whole wealth a man has accumulated may not bring back good health once his body is diseased due to abuse. When we are healthy, we fail to see the crown with which we are adorned. We notice its loss only when sickness overtakes us. Then it may be too late to regain it.

Every human being has some of the following roles :- citizen, father, mother, son, daughter, brother, sister, friend, neighbour, student, teacher, employer, employee etc. We make a difference when we are responsible and committed to our roles. The use of alcohol and drugs will surely be impediments in our pursuit in this direction.

Evidently you are one of those who can make the difference. Otherwise you would not have taken pains to find this site and spend your time to read up to this. May Jesus Christ and Mother Mary give you ample strength to face the challenges in your life ahead and help you to continue to be responsible and committed to the roles you are destined to play. 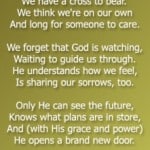 Poem : Lean On Him 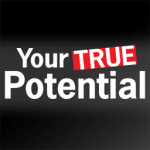 You Are More Able Than You Think 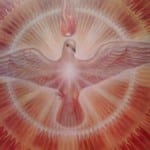 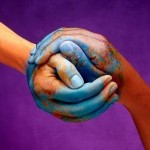 3 thoughts on “Abuse of Alcohol and Drugs”