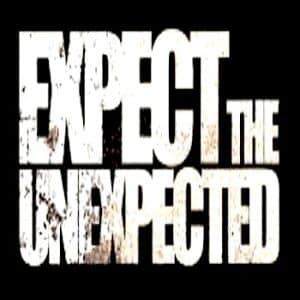 I was travelling from Sacramento, the capital city of California to Tampa, Florida. I had to change my flight at Phoenix, Arizona. When I reached Phoenix, an hour was left for my connection flight. So I had a mild sleep on a chair before the seventh gate from where my flight was supposed to move on. On waking up, it was time for the passengers to board. Immediately I took that bag and approached the gate. But soon I realized that it was a flight to some other place. I thoroughly checked my ticket. The gate number was correct. On enquiry I came to know that my flight was at the fourteenth gate. It was brought to the notice of the passengers through continuous television announcements. As I was sleeping I couldnâ€™t notice it. After a hurried run, I reached the fourteenth gate and got into my flight. As I sat down my mind started musing over some interesting thoughts.

As per the information given on my ticket I was supposed to wait at the seventh gate. Airport authorities had decided on such an arrangement earlier. But unexpectedly it was changed from the seventh gate to the fourteenth one. On my ticket it was mentioned as seventh gate. But if I were not ready to move from here to the next place, what would have happened? I would have missed the flight. It would have been impossible for me to reach the destination at the proper time. That means, I must be ready to change as my gate changes.

Such change of gates is common in our life too. Our children may not have reached the heights we desired them to achieve. If we are adament about bringing up our children according to our plan, we may spoil our children.

Couldnâ€™t we achieve what we have dreamt in our life? It could be a position, job or anything. If we are to wait for our wishes, then we may spoil and loose what we have been already given.

Lack of sincerity and honesty from othersâ€™ could be a block for us to move on. We cannot change their attitude and behaviour. But we could change our attitudes and reach out to them.

Naaman, commander of the army of the King of Syria, was suffering from leprosy. Knowing that prophet Elisha had healing power, he approached him with his horses and chariots. Elisha sent a messenger to him, saying, â€œGo, wash in the Jordan seven times, and your flesh shall be restored and you shall be clean.â€ But Naaman became angry and went away, saying, â€œI thought that for me he would surely come out, and stand and call on the name of the Lord his God, and would wave his hand over the spot, and cure the leprosy! Are not Abana and Pharpar, the rivers of Damascus, better than all the waters of Israel? Could I not wash in them, and be clean? He turned and went away in a rageâ€ (2 Kg. 5:9-12). But later obeying his servants he washed himself in Jordan and became clean.

When the gates of our wishes and stubbornness are closed, do not hesitate to accept the gate to Jordan. Opportunities may not return.

God never forgets to open new doors instead of the closed ones. To find out the new ones, we should wake up from the old ones. We should move on and on. Let God strengthen us.

Prayer:Â O Lord, fill us with wisdom, that we could face successfully the unexpected changes and hurdles in our life. Deliver us from our anger, stubbornness, despair, anxiety that resist us to change according to the changes designed by God. Amen. 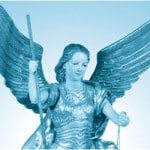 Raphael : The Angel of Commoners 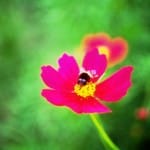 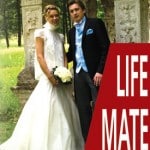 How To Find Your Partner From God

1 thought on “How To Face The Unexpected”