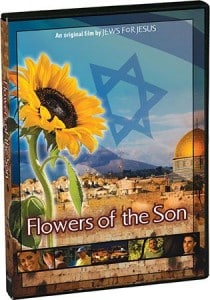 Flowers of the Son is an emotionally gripping, real-life look at the struggle to stand for Jesus in Israel.Â Only one-tenth of one percent of Israeli Jews know Jesus – the rest don’t even know his name.

Flowers of the SonÂ movie trailer is given right below.

Israel is home to some seven and a half million people. But to billions others, it is a stray and distant thoughtâ€”the very mention of which often evokes images of terrorism, religious conflict, and concrete rubble. But from amid the sounds of conflict, one group of missionaries hears the cry for peace and salvation.

Flowers of the Son documents the experiences of the volunteers participating in â€œBehold Your God,â€ a four week evangelistic outreach that spans twelve geographic regions of Israel. Through pamphlets, banners, skits, musical performances, phone calls, and door-to-door visits, these missionaries engage both young and old, religious and irreligious in conversation about the Messiah, Y’shua.

Directed, written, and produced by Emmy award-winners Herb and Amy Kossover, Flowers of the Son packs quite the punch in a short, 30 minute time slot. Despite its slightly cloying, Hallmark card introduction, this half hour is not filled with typical evangelistic fareâ€”there are no heartrending accounts of injured orphans and puppies, no sickening musical number. It is the truthful, occasionally gruesome story of what these missionaries face on a daily basis.

If you want to buy the DVD for $10, goto the movieÂ store page

It is made apparent that whether serving on the front lines or behind the scenes, these campaign workers have the unity of an army and the resilience of soldiers. Despite their uniform of brightly colored t-shirts, they are of different genders and nationalities with unique gifts and testimonies. But just like the campaign itself, this film is a collaboration. The voices of all types of missionaries are heard through narrative, interviews, and both live and reenacted footage.

But the cries of opposition are also heard, loud and clear. Instances of verbal abuse and physical assault permeate the film, providing a realistic picture of the spiritual war that is taking place in the streets of Israel. Fortunately, there is hope amid the horror. Serving as the dessert of this cinematic meal, two inspiring accounts of religious seekers leave a lasting taste of promise.

Whether showing moments of the ugliness of human nature or the beauty of salvation, the audience will be captured by the stunning cinematography, enjoyable soundtrack (including the sounds of New Light Ruins), and vivid storytelling. Flowers of the Son inspires those around the world to look past the crumbling cement and to see the life that is bursting up through the cracks. 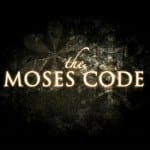 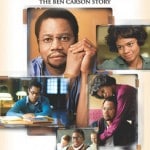