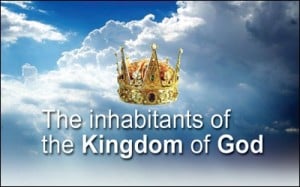 Who all are there in heaven? What kind of place and relationship is existing there?

The kingdom of heaven is called a â€œhabitationâ€ because it contains such a multitude of different inhabitants; no palace or city, but only large kingdoms contain such numbers. There, as St. Paul tells us in his Epistle to the Hebrews, are many thousands of angels; there also are â€œthe spirits of the just made perfect,â€ to whom belong all who have departed in the Lord from Abel, even to the last good man who will die at the end of the world. But not only will the souls of the Just be there, but also their glorious bodies, each of which shall shine like the sun in the kingdom of their Father, as our Lord assures us in St. Matthew.

With regard to the angels, we who live on this earth scarcely know anything of them but their names.Â We learn from the vision of the prophet Isaias, (chap, vi.) that some are called Seraphim, and others Cherubim (These are two pure Hebrew words; the first means â€œto burn, or burn up;â€ the second, â€œ to be like the Most Highâ€. Some Thrones, others Dominations: some Principalities, others Powers, as St. Paul mentions in his Epistle to the Colossians (1:16).

In his Epistle to the Ephesians he also speaks of â€œVirtues,â€ and in another place, Archangels are spoken of: Angels are finally ranked among them, of whom there is so frequent mention throughout the Holy Scriptures. From these nine names, it is the unanimous opinion of learned doctors, that there are nine â€œordersâ€ of angels, each of which contains many thousands, according to the prophet Daniel: â€œThousands of thousands ministered to him, and ten thousand times a hundred thousand stood before himâ€ (7:10).

And Job asks: â€œIs there any numbering of his soldiers?â€ But although all the angels are doubtless most happy, and wonderfully resplendent with the glory of every divine gift, yet those are called â€œSeraphimâ€ who burn with the flames of love: the others â€œCherubimâ€ who shine with the splendour of knowledge: those are named â€œ Thronesâ€ who enjoy an inexpressible tranquillity in the divine contemplation: those â€œDominationsâ€ who rule this lower world, as the ministers of a mighty commander: others â€œPowers,â€ because they do signs and wonders by the command of their Almighty Lord: others â€œ Principalities,â€ because they have power over the kings and princes of the world: some again are named â€œArchangels,â€ because they assist the prelates of the Church: and many, in fine, are called â€œ Angels,â€ since they are the guardians and protectors of all that live upon the earth.

But these are not the only significations of the names of the angels: â€œthey are also images or representations of the greatness of God: thus the seraphim, by their burning love, represent as it were in a glass, the infinite love of God which alone induced Him to create the angels, man, and all other creatures, whom He still preserves. The cherubim in like manner represent the infinite wisdom of God, which hath regulated all things by number, weight, and measure. The thrones also, by a perfect image as it were, show us that profound â€œrestâ€ which God enjoys on His throne; who, while all things are in motion, remains unalterable, tranquilly ruling and directing events.

The dominations too tell us, that it is God who alone truly rules all things, because He alone can either preserve them, or annihilate them. The virtues convince us, that it is God â€œwho alone does wonderful thingsâ€ and who has reserved to himself alone to renew signs, and to multiply wonders.

The powers signify by their name, that God alone is absolutely and truly powerful, to whom nothing is impossible, because in Him alone true power resides.

The principalities signify, that God is the Prince over the kings of the earth, the King of kings, and Lord of lords. The archangels signify, that God is the true High Priest of all the churches. The angels, that God is the true Father of orphans; and that although He has given His angels to be our guardians, He himself is present with each one, to guard and protect him. The prophet who has said,â€œHe has given His angels charge over you, to keep thee in all your ways,â€ introduces the Almighty thus speaking: â€œI am with him in tribulation, I will deliver him, and I will glorify himâ€ (Psalm 90).

And our Lord, who had said, â€œ their angels in heaven always see the face of my Father who is in heavenâ€ has also added: â€œAre not two sparrows sold for a farthing; and not one of them shall fall upon the ground without your Father. But the very hairs of your head are all numbered. Fear not therefore; better are you than many sparrowsâ€ (Mt. 10:29).

With these nine orders of the angels, correspond on the other hand that multitude of holy men, which no one can number, as we learn from the Apocalypse. This multitude contains also nine â€œorders;â€ for some are patriarchs, some prophets, some apostles, some martyrs and confessors; whilst others are pastors, doctors, priests, Levites, monks, and hermits, holy women, virgins, widows, or married people.

Wherefore, my soul, I beseech thee to consider what great happiness it will be, to be united with such great saints! St. Jerome mentions, that he visited many provinces, and many people, and crossed many seas, that he might see and hear those celebrated men, whom he had known by their works. Queen of Saba came from the ends of the earth to hear the wisdom of Solomon; and to St. Antony, the hermit, men hastened from all parts, being moved by the fame of his sanctity: even Emperors themselves courted his friendship.

But what will it be to behold hereafter so many angels, so many just men, to be united with them in the closest friendship, and to be made partakers of their happiness? Were we to behold, in this our exile, one angel arrayed in all his beauty, who would not eagerly wish to meet him? What therefore must it be, to behold all the angels in one place? And if only one of the prophets, apostles, or doctors of the Church were to descend from heaven, with what curiosity and attention would he be heard!

Now in the kingdom of God, we shall be allowed to behold not one only, but all the prophets, apostles, and doctors, with whom we shall continually hold sweet converse. How greatly does the sun rejoice the whole earth: but what will be the glory from innumerable Suns in the kingdom of God, all animate, intelligent, and exulting in their joy! This union with the angels and men, all of whom are most wise and excellent, appears to me so delightful, that I consider it alone will be a great happiness, and on this account, would willingly be deprived of all the pleasures of this life.

2 thoughts on “Who Lives In Heaven With God?”