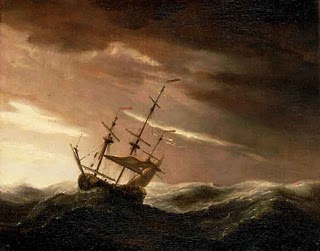 I rememberÂ a true incident that took place during World War II when the German soldiers were preparing to attack the city of Holland.

There lived an old lady with her only son in Holland. This lady had great faith in God from her very young age and looked unto God alone for everything she needed. She also taught her son to trust in God.

One day she heard on the radio that the German soldiers are all set to attack the city that night and destroy it. The son, trembled with fear, asked her mom how God would let such a thing happen to someone who trusted in Him. Their house was at the entrance of the city and there was no way for them to escape the destruction.

The mother, still strong in her faith, knelt down on her knees and prayed. She assured her son that God will protect them.

That night, they heard great explosions outside the house. They also heard the soldiers marching outside entering each home and destroying it. To their surprise, not one soldier entered their house. They sat awake until dawn and by early morning German soldiers passed Holland.

Then they went out to see why the soldiers surpassed their house without causing them any harm. Ah!! What a great scene to see, their home was completely covered with snow throughout the night.

Thatâ€™s how God works in a wonderful way, above our thoughts,
To protect those who love Him and those who trust in Himâ€¦

2 thoughts on “Story : Hope in the midst of Storm”