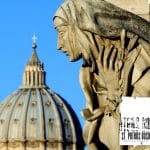 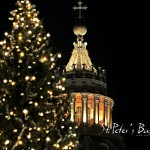 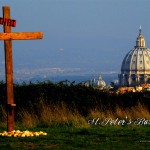 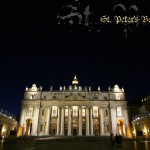 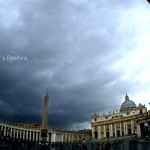 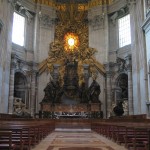 The Basilica of Saint Peter, commonly known as St. Peter’s Basilica, is located within the Vatican City in Rome. It occupies a “unique position” as one of the holiest sites and as “the greatest of all churches of Christianity. In Catholic tradition, it is the burial site of its namesake Saint Peter, who was one of the twelve apostles of Jesus and, according to tradition, was the first Bishop of Antioch, and later first Bishop of Rome and therefore first in the line of the papal succession. While St. Peter’s is the most famous of Rome’s many churches, it is not the first in rank, an honour held by the Pope’s cathedral church, the Basilica of St. John Lateran.

Catholic tradition holds that Saint Peter’s tomb is below the altar of the basilica. For this reason, many Popes, starting with the first ones, have been buried there. There has been a church on this site since the 4th century. Construction on the present basilica, over the old Constantinian basilica, began on April 18, 1506 and was completed in 1626.

St. Peter’s is famous as a place of pilgrimage, for its liturgical functions and for its historical associations. It is associated with the papacy, with the Counter-reformation and with numerous artists, most significantly Michelangelo. As a work of architecture, it is regarded as the greatest building of its age. Contrary to popular misconception, Saint Peter’s is not a cathedral, as it is not the seat of a bishop. It is properly termed a basilica. Like all the earliest churches in Rome, it has the entrance to the east and the apse at the west end of the building. 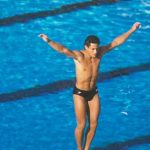 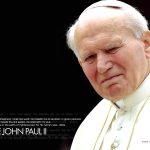 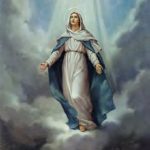