In the beginning God made the heavens and earth, dividing darkness from light;
He made the bright sun for the day and the moon and stars for the night.

Every animal, creature, fish and bird was God’s very own design;
All were able to reproduce offspring of their same kind.

Next, He made a man named Adam, and Eve, a woman to be Adam’s wife;
God loved them, talked to them and provided all they needed for life.

He told them to eat the fruit from trees for they were luscious and sweet;
But of the tree of the knowledge of good and evil, they were forbidden to eat.

They were free to choose to believe God and do as He said;
Or they could defy Him and do as they pleased instead.

Then Satan disguised himself as a snake to deceive them with his twisted lies;
He told them if they ate that fruit they would become like God, all knowing and wise.

Everything changed when Adam and Eve chose to trust the lying snake;
Giving into temptation and eating the forbidden fruit was a huge mistake.

They tried to hide from God because they felt fear and shame;
They knew they messed up, but neither would accept any blame.

Then they were banished from the beautiful garden knowing pain and sorrows;
For evil would cause trouble for their days and worries for their tomorrows.

Now in order to have food and protection they would have to labor and sweat;
Their lives would be very difficult filled with pain, sadness, and regret.

All because they chose to believe Satan with his scheming lie;
They brought sin into the world, now they were destined to die.

God said a descendant of Eve would crush the snake’s head one day;
He had a plan to save His children and He would provide the way.

God would never allow Satan and evil to have victory in the end;
Therefore Jesus Christ is the Savior that God had planned to send.

So as the descendants of Adam and Eve multiplied, so did corruption and sin;
Evil and wickedness grew more rampant as God’s patience wore thin.

The corruption had perverted real love and had torn values apart;
This was an abomination to God and deeply grieved His Holy Heart.

Noah and his family stood out and found favor in God’s eyes;
He walked with God as he was upright, blameless and wise.

God gave Noah specific instructions to build the ark, a gigantic boat;
Because a great flood was coming, he would have shelter that could float.

When Noah, his family and a pair of each kind of animal were aboard;
They were kept safe from all harm as it rained and it poured.

It rained continually for 40 days and 40 nights before the sky became clear;
God said the whole earth would never flood again and made the first rainbow appear.

Once the waters receded and dry land could be seen;
Civilization could start over again all fresh and clean.

Then again mankind increased forming many new nations;
God watched and guided His people with love and with patience.

God used many different prophets to communicate His plans and His ways;
As well as His promises and warnings to live wisely through all our days.

We can believe God’s warnings and promises, every word proves true;
All that He says He will accomplish, we can trust He is certain to do.

God has given us commandments and other vital information;
So we can know what He loves and what He sees as an abomination.

He offers us truth and wisdom as it is written in the Bible;
God wants us to know and love Him, not worship any idol.

God does not leave it for us to decide who He is or define what is good;
He has given us all we need to know so He must not be misunderstood.

So many times God’s people would ignore Him and forget about their Lord;
Then in desperation turn back to Him, repent, and the relationship was restored.

God gives grace and blessings to those who are meek and humble;
And He opposes the proud and arrogant so they will always stumble.

The Bible has stories of those who have trusted God and those who have not;
With details about love, miracles, deceptions and wars that have been fought.

We read about so many times God used what was evil to turn it to good;
He looks after those who are devoted to Him and do right as they should.

So just as God had promised, He would send a Savior to the Earth;
The Scriptures written foretold of His coming with details of His birth.

It was told where He would be born as well as His ancestral line;
Sent from God the Righteous King would be completely Divine.

An angel told Mary that she would be the one;
To give birth to God’s Child, His Only Begotten Son.

He had powers no one had ever seen, nor did they understand;
He performed great miracles with just the touch of His hand.

Jesus was a compassionate teacher and showed us pure love;
He taught us about Heaven and God the Father above.

He could control all of nature, even the wind and the seas;
He was able to cure any ailment as well as heal any disease.

Jesus was holy and sinless, He never even told a lie;
But He was mocked and beaten, then crucified to die.

He was God, as a Man, to His last dying breath;
Then He rose from the dead with His power over death.

Jesus came into the world to seek and save the souls of the lost;
The price was mighty high, He willingly paid the full cost.

He was a humble servant; He gave his life as a ransom for many;
Because He loves us all so much, He does not want to lose any.

Jesus took our sins and our punishment in agonizing strife;
So that we could be reconciled with God and have everlasting life.

Nothing has been so miraculous as Jesus’ birth, life and resurrection;
For God’s plan to redeem a fallen world is complete and utter perfection.

There is so much more written in the Bible, God’s amazing story;
Jesus will come again to the Earth in all His power and glory.

Because Satan, the deceiver, still causes so much upheaval;
Jesus will destroy him forever and put an end to every evil.

Then there will be no more pain, no more suffering, never again any war;
Jesus will establish His Kingdom and reign over all forevermore.

The new earth will be filled with beauty and splendor to be a glorious place;
God’s people will live in paradise forever because of His amazing grace.

Jesus was the one God had promised, He fulfilled each and every prophecy;
He said “I am the way, the truth and the life, no one comes to the Father except through me”

God is pure love and perfection, we all fall short and we stray;
Yet He will accept us through Jesus, it is the only possible way.

It is not dependent on your own goodness, good works or your merit;
It is all because of the righteousness of Jesus that you can inherit.

God is faithful to accept you no matter what wrongs you have done;
When you put your faith in Jesus Christ, His Holy Righteous Son.

Jesus is the Lord and Redeemer who is merciful and just;
You receive His eternal joy and peace when in Him you fully trust.

If you do not understand and believe all this is true;
Just talk to God and ask Him to reveal His truth to you.

Don’t discount His message without checking it out;
Look for truthful answers and pursue all doubt.

Wisdom and understanding grow through The Bible when you read and hear it;
The more you know and love God, the more you are filled with the Holy Spirit.

Those who belong to God have His Spirit inside;
They long to follow His ways and with Him they abide.

The Holy Spirit gives understanding, inspiration and correction;
As well as guidance, help and right thinking in reflection.

God reveals Himself magnificently for everyone to see;
No excuse will be acceptable if you settle for unbelief.

Don’t let yourself be fooled by the lying, scheming snake;
Disregarding or ignoring God would be your biggest mistake.

If you look for God and search for truth, you’re sure to find;
Apart from Jesus, there is no other hope for saving mankind.

To seek and know God is the real purpose you are here;
Once you know and love Him, you have nothing to fear.

When you put your trust in Jesus and know your faith is true;
Nothing or no one can destroy it or ever take it away from you.

There is no scheme of Satan nor any plot of man;
That could ever disrupt or stop God’s almighty plan.

God bless you and keep you as you talk with Him each day;
Love God with all your heart and soul and He will light your way.

Then let your light shine as you glorify God just as Christ has shown;
Walk in His love knowing He is with you always and you are never alone. 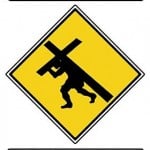 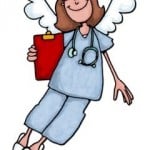 Poem : Angels of The Sick 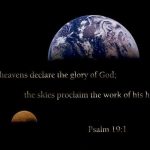 Poem : The heavens declare the glory of God 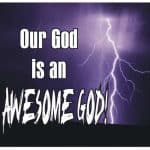 Poem : You are such an awesome God