John Paul II Pictures – The third set of John Paul II images are given above. There are twenty of them above. Take a look.

John Paul II was a magnificent pope who presided over a controversial pontificate, at times daring and defensive, inspiring and insular. John Paul II, 263rd successor of St. Peter, leaves behind the irony of a world more united because of his life and legacy, and a church more divided.

Pope John Paul II, 84, died April 2 at 9:37 p.m. in his private quarters at the end of a long and public illness. Though the effects of Parkinson’s disease had been evident for a number of years, the pope’s health declined precipitously over a period of a few days.Â  On March 31 he suffered heart and circulatory collapse. The next day the Vatican said his kidneys were failing and that his breathing had become shallow. In the hours just before his death, the Vatican announced that he was fading out of consciousness.

John Paul II was a stunningly successful historical actor; biographer Jonathan Kwitny once called him â€œthe man of the centuryâ€ In an age in which institutional religion was supposed to be sliding toward extinction, he applied the force of his enormous personality to revitalizing it.

John Paul was among the key forces in the collapse of European communism. He did it not by fueling an arms race or by threatening Armageddon, but through moral leadership and the social idea of Solidarity.

Through his constant travels, John Paul carried a media spotlight to corners of the globe that would otherwise never have commanded public attention. He urged people to think of this as one planet, to recognize a common humanity beneath and beyond differences of language and race and class.

John Paul was the first pope in the age of CNN, and he seemed born for the part. He wrote books, put out compact discs, staged massive youth rallies that at times felt like Rolling Stones concerts, and utilized all the other tools of pop super stardom to promote the message of Christ. He did not shrink from modernity, but challenged secular culture on its own turf. Often enough, he prevailed.

He was a master of grand historical gestures. The image of the pope, this child of Poland who grew up just miles from Auschwitz, placing a handwritten note of remorse for Christian hostility to Jews in the Western Wall was among the 20th centuryâ€™s most splendid icons. In 1986 he became the first pope to visit a Jewish synagogue since the age of Peter, and in 2001 the first pope to enter an Islamic mosque. In his final years, when age and illness took hold, John Paul managed to keep crowds spellbound without so much as the capacity to speak or move.

Where he felt passionately, John Paul was not a man to be shackled by the poor lists of his predecessorsâ€™ fashions. He made his own manners, whether it was assembling leaders of world religions to pray for peace in Assisi against the advice of curialists worried about syncretism, or apologizing to the Orthodox in Athens, Greece, for centuries of Catholic maltreatment, over the objections of ecumenical hawks who felt being pope means never having to say youâ€™re sorry.

Towards the end of John Paulâ€™s long reign, his physical decay unfolded before the eyes of a world both dazzled by his will, and sometimes aghast at the cruelty of a vocation that would impose such burdens. The pope struggled to walk, he slurred his speech and drooled badly, his hearing failed, and his facial expression became increasingly frozen. Yet he soldiered on, bearing his thorns in the flesh with grit and good humor. For a world that has made an idol out of youth and beauty, this disabled pope was a strong counter-witness. Jean Vanier, the founder of the Lâ€™Arche community that makes its life among disabled persons, said of the bowed but not beaten pope: â€œHe was never more beautiful.â€

John Paul II was a man of great spiritual depth, of integrity, and of imagination. He understood intuitively the famous advice of Chicago architect Daniel Burnham: â€œMake no little plans. They have no magic to stir menâ€™s blood.â€

Karol Wojtyla, motherless boy, proud, confident priest, controlling pope and fearless world leader in death challenges history to describe who he was and what he did. He was a formidable pope. It will be a formidable task. 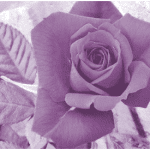 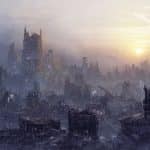 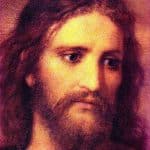