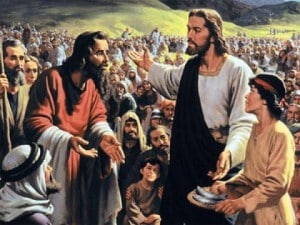 On hearing about the death of John the Baptist, Jesus set out secretly by boat for a secluded place. But the people heard of it, and they followed him on foot from their towns. When Jesus went ashore, He saw the crowd gathered there and He had compassion on them. And He healed their sick.

Late in the afternoon, his disciples came to him and said, “We are in a lonely place and it is now late. You should send these people away, so they can go to the villages and buy something for themselves to eat”. But Jesus replied, “They do not need to go away; you give them something to eat”. They answered, “We have nothing here but five loaves and two fishes”. Jesus said to them, “Bring them here to me”.

Then He made everyone sit down on the grass. He took the five loaves and the two fishes, raised his eyes to heaven, pronounced the blessing, broke the loaves and handed them to the disciples to distribute to the people. And they all ate, and everyone had enough; then the disciples gathered up the leftovers, filling twelve baskets. About five thousand men had eaten there besides women and children.

Jesus shows us just how much He wants to involve us in his saving work. He who had created the heavens and the earth out of nothing, could have easily created a rich banquet from nothing to satiate the multitudes. But He preferred to work the miracle starting with the best his disciples could give him.

“We have nothing here but five loaves and two fish” (Mt 14:17), they said. “Bring them here to me” (Mt 14:18), Jesus replied. The Lord was able to multiply that meager donation â€” not enough even to feed a typical family â€” to nourish about 5000 families.

The Lord showed the same protocol at the wedding feast of Cana. He who created all the seas could easily have filled the six 30-gallon containers with choice wine from scratch. But He again wanted to involve his creatures in the miracle, by having them fill the containers with water first.

We see the same principle in the celebration of the Eucharist. Jesus begins not from nothing, nor from grain and grapes, but from bread and wine, which already contain within the work of human hands.

The late Cardinal FranÃ§ois Xavier Nguyen van Thuan, imprisoned from 1975-1988 by the Vietnamese communists, wondered how he could further Christ’s kingdom and care for his flock while undergoing the brutal suffering of solitary confinement. He realized he might not be able to do much from a prison cell, but at least each day he could offer to the Lord his â€œfive loaves and two fish,â€ and let God do the rest. The Lord multiplied those little efforts into a witness that has inspired not only the Vietnamese but the whole Church.

Today the Lord is asking us, his modern disciples, to give the crowds something to eat (Mt 14:16). No matter how much or how little we have, let us give it to the Lord and let him take it from there. 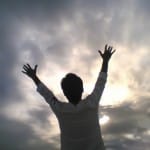 I Am With You Always poem 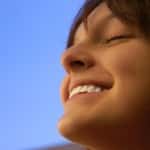 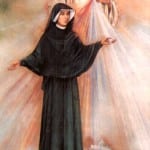 The Ballad Of Divine Mercy 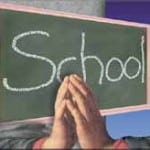