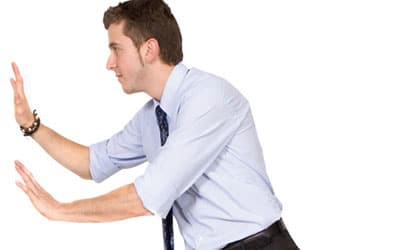 This article shows how to face the evil inclinations in our life to be the dear ones of God.

To turn a river from its course is hardly more laborious than to change a life confirmed by inveterate habits. The world, as powerful as it is cruel, will wage a fierce war against you. Armed with its pleasures and bad examples, it will hasten to compass your downfall. At one time it will seek to captivate your heart with its pomps and vanities. At another time it will strive to entangle you in the net of its ways and maxims. Again it will boldly attack you with ridicule, raillery, and persecution. The devil himself, the arch-deceiver, will renew his warfare and turn all his forces against you. Enraged at your desertion from his party, he will leave nothing undone to ruin you.

Be prepared, therefore, to meet with difficulties. Remember the words of the Wise Man: â€œSon, when you come to the service of God, stand in justice and in fear, and prepare thy soul for temptation.â€ (Eccl. 2:1). Do not think you are called to enjoyment alone. You must struggle and combat; for, notwithstanding the abundant succor which is offered to us, we must expect hard labor and difficulties in the beginning of our conversion. That you may not be discouraged, bear in mind that the prize for which you are striving is worth more than all you can ever give to purchase it. Remember that you have powerful defenders ever near you. Against the assaults of corrupt nature you have Godâ€™s grace. Against the snares of the devil you have the almighty power of God. Against the allurements of evil habits you have the force of good habits confirmed by grace. Against a multitude of evil spirits you have numberless angels of light. Against the bad example and persecutions of the world you have the good example and strengthening exhortations of the saints. Against the sinful pleasures and vain joys of the world you have the pure joys and ineffable consolations of the Holy Ghost.

Stay away from sin

Resting on these principles, your first determination must be a deep and unshaken resolution never to commit mortal sin, for it can only rob us of the grace and friendship of God. Such a resolution is the basis of a virtuous life. As long as the soul perseveres in it she possesses divine charity, which makes her a child of God, a member of Christ, a temple of the Holy Ghost, and gives her a right to the blessings of the Church here and the kingdom of Heaven hereafter.

Thus a house is still called a house though its ornaments are removed, but if the building is destroyed the ornaments perish with it. Now, the very substance, the life of virtue is charity. This remains, and therefore our spiritual edifice stands as long as we maintain our resolution not to commit mortal sin. If this fails, the whole structure is reduced to ruin; we cease to be Godâ€™s friends; we become His enemies.

Hence the constancy with which the martyrs endured such cruel torments. Rather than be deprived of Godâ€™s grace by mortal sin they submitted to be burned, to have their flesh torn with heated irons, and to suffer every torture which the cruelty of men could invent. They knew that had they sinned they could, if time were given them, repent and obtain forgiveness, as Peter did immediately after denying his Master; yet the most terrible torments were more tolerable to them than the momentary deprivation of Godâ€™s favor and grace.

In his Life of St. Paul, the first hermit, St. Jerome tells of a young man whom after the tyrants had vainly used many means to force him to sin, they finally bound him in so helpless a condition that he could not escape from the wretched creature whom they brought to him to tempt him. Yet his courage failed him not, but, biting off his tongue, which they could not bind, he spat it into the face of his tempter, who fled in dismay. In this he was doubtlessly inspired by the Holy Ghost, as were so many of the saints, who by every kind of bodily suffering subdued the violence of passions which would lead them to offend God.

He who desires to walk resolutely in the same path must strive to imitate them by fixing this resolution deep in his soul. Appreciating things at their true value, he must prefer the friendship of God to all the treasures of earth; he must unhesitatingly sacrifice perishable joys for delights that will be eternal. To accomplish this must be the end of all his actions; the object of all his prayers; the fruit he seeks in frequenting the sacraments; the profit he derives from sermons and pious reading; the lesson he should learn from the beauty and harmony of the world, and from all creatures. This will be the happy result of Our Saviourâ€™s Passion and all the other works of love which He unceasingly performs. They will inspire him with a horror of offending the good Master who has done so much for him. Finally, this holy fear and firm resolution will be the mark of his progress in virtue.

Take a lesson from the carpenter, who, when he wishes to drive a large nail, is not satisfied with giving it a few strokes, but continues hammering until he is sure it is firmly fastened. You must imitate him, if you would firmly implant this resolution in your soul. Be not satisfied with renewing it from time to time, but daily take advantage of all the opportunities afforded you in meditation, in reading, in what you see or hear, to fix this horror of sin more deeply in your soul. 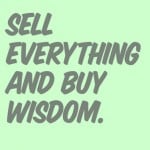 Whatever It Takes, Pursue Wisdom 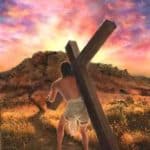 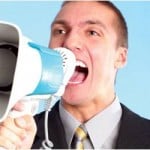 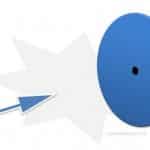 2 thoughts on “How To Defend Against Evil?”