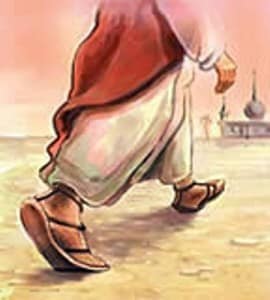 Usually children enjoy more freedom with their mother than father. They know that father cannot reject the request of the mother. Thus in order to get things done they first approach the mother, and with her support come to the father. Often they hide themselves behind their mother and she becomes an intercessor on their behalf. Here are two disciples, who loved their mother, who came to Jesus, their Master, with a request in Mt. 20:20-28. In Mathewâ€™s Gospel the mother comes whereas in Mark, the mother is absent from the scene. It is also interesting to see that their request comes after the talk about the kingdom of God, and Jesusâ€™ revelation on His death and resurrection. Apostles became pretty sure that their Master would establish the Kingdom and even become a resurrected leader. Without losing much time James and John comes with their mother and ask for proper ministerial places in His Kingdom.

Why did the apostles bring their mother with a hidden motive? They could have asked for it directly. This is a human tendency. Instead of being open and straight forward, bringing a third person with a wrong motive. Knowingly or unknowingly the third person also becomes the victim for it.

Although Jesus knew their heartâ€™s desires, still He listens to them. It is very important to have patient listening, even though certain things are not to be met.Â Otherwise, the relationship can be broken. Sometimes, in the communities, the superiors are not ready to listen to their juniors, or the ones who are entrusted to them. As a result the community spirit is hurt. In a family, if the husband is not listening to the wife or vice versa, children to the parents or vice versa, there is a possibility of tension and breakups.

â€œYou do not know what you are asking. Can you drink the cup that I am going to drinkâ€ (Mt.20:22). This was not an expected reply from Him. However he was not rejecting their request but takes this opportunity to reveal the truth. Drinking from the same cup of the Master is a privilege given to the disciples. In fact, knowingly or not, they were invited to drink from that cup and be one with the Master. This is important than thinking about future Kingdom and power. They failed to understand the meaning of discipleship.

For many followers, if the hidden plan is not fulfilled they do not see any meaning to their following. They boast that they are ready to drink from the sweet wine cup, however when the cup becomes bitter, they run away. As it is rightly said about family lives, marriages are made in heaven but lived on earth, drinking from the same cup of Jesus, which includes bitterness too.

The reply of the mother was positive although she did not know what it means. She represents our character. We answer the question of the Lord immediately, without knowing the real meaning of the question, and thus disappointment overshadows our life in future. We fail to know the Masterâ€™s will and we prefer our own intentions. Knowing her mind, Jesus is making the statement very clear. It is better to read the mind of the other person when they say certain blunder, or do some mistake. If one is able to do so, one will be able to control oneâ€™s own emotions even though it is painful. Reactions from the other disciples are natural. They reacted because they were afraid that their longing for the better position in the kingdom can be deprived by these companions. If these two takes the prominent positions, there wouldnâ€™t be anything left for them according to their wish. This made them indignant towards the two. Why do we follow Jesus?

There are so called chosen ones who got disappointed when somebody grabbed certain position which they longed for.Â Jesus asks the disciples to become like the slave and thus get rid of the wish to be able to count as first in His kingdom. St. Theresa of Child Jesus is taught by her father to become humble. As a small girl she was given the lesson of humility to kneel and kiss the earth before asking any request to her father.

It is the duty of the parents to become models of humility and service in front of their children, by asking forgiveness to their children, as well as to each other for the sake of the kingdom and love of God.Â This will always be an asset for the child and they will easily understand the meaning of discipleship of Jesus. 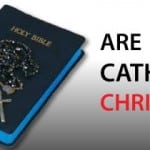 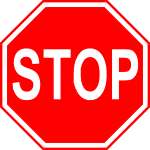 Stop Signs of The Spirit 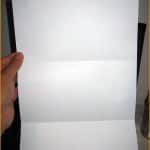 Do you send empty messages to loved ones 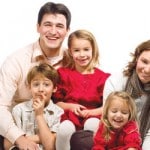