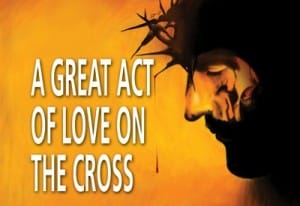 Such pain and agony, but that Friday is called Good Friday, because God is good always.

Itâ€™s usual to hear the questions from Christians and non-Christians alike â€¦ Why does Jesusâ€™ death matter? Does the crucifixion just â€œmake sense?â€ How does Jesusâ€™ death on a cross accomplish anything? Let us now look at the whole idea of death, considered by the so called thinkers and martyrs: Socrates died a good death. He believed in the immortality of the soul and for him death was a breakthrough to a higher, purer life. Calmly and even cheerfully, he drank the cup of hemlock.

Rabbi Akiba died a courageous death. He was a Zealot revolutionary crucified like Jesus by the Romans. He died with the words of the Shema on his lips: â€œHear, Israel, the Lord is our God, the Lord is One.â€ He died boldly believing that in his death he would find freedom.

The Stoicsâ€™ martyrs died stoic deaths. Torn into pieces by wild animals in the arena, it was said that they drew unusually large crowds because people were fascinated by their complete lack of emotion at their own deaths. They died, one historian says, â€œwithout terror and without hope.â€

The Christian martyr Perpetua died a dignified death. As she went to meet the wild beasts in the arena, she asked for a pin to fasten her hair, for she thought it was not seemly that a martyr should suffer with her hair disheveled, lest she should seem to be sad in the hour of her glory. She died with dignity.

Why does Jesus death on a cross matter?

Jesusâ€™ death was different. The theologian Jurgen Moltmann says Jesusâ€™ death was not a â€œfine death.â€ The Gospel of Mark describes his dying as â€œgreatly distressed and troubled.â€ (Mark 14:33) Mark says he died with a loud incoherent cry. (Mark 15: 37) The Book of Hebrews says he died â€œwith loud cries and tears.â€ (Hebrews 5:7)

Such was the cry of Jesus hanging on the cross. Was it only the physical torture, the emotional torment of being abandoned, betrayed, and denied by His disciples that caused Him to utter such cry? I think there is more than that to that cry.

For on that cross, Jesus has borne the sin of the whole world. In His spirit, when He looks to His Father, for the first and only time in eternity, He saw the back of His Father. For the Father looked upon His Son, and saw all the sins of this world. In His holiness, He turned His face away from Jesus.

Jesus did not only die for our sins, He carried upon Himself the consequences of sin – a sense of alienation from God. As the book of Romans says, this is the love of God, that the wrath of God on this world did not fall on us, but fell squarely on the Son of God.

This old hymn reminds me of the amazing love of God who demonstrated His love even to the point of death in and through Jesus Christ on the mount Calvary. It reminds me also that every person is loved by God from conception to death and is worthy of our respectful care and love, as Jesus even at the point of his death on a cross.

The death of Jesus, says Bonheoffer in Letters and Papers from Prison, is the ultimate symbol of the suffering of God in the life of the world. God allows himself to be edged out of the world and onto a cross. Only a powerless and suffering God can really help usâ€¦God did not come to save us by an act of terror so that we would be cowed into belief, but by a great act of love.

Abelard, a twelfth century philosopher and theologian, believed the cross primarily demonstrates the greatness of the love of God, a love that should move us away from our sin and to love God in return. God so loved, that he gave (John 3:16). The Son of God, says Paul, loved me and gave himself for me (Galatians 2:20). Our response? Obedient love â€“ even if we suffer too (1 Peter 2:21).

We deserved to incur the penalty â€“ death (Romans 6:23) â€“ but Christ died in our place, paying the penalty and setting us free. We are so important to God that what is destroying us is of ultimate concern to him, and he acts to offer us a way out of our misery. We are invited to repent, to turn from our sins, and be forgiven and pardoned!

Mel Gibson says of his movie called the Passion of Christ: My aim is to profoundly change people. The audience has to experience the harsh reality to understand it. I want to reach people with a message of faith, hope, love and forgiveness. Christ forgave them even as He was tortured and killed. Thatâ€™s the ultimate example of love.â€™

Swedish theologian Gustav Aulen, (Christus Victor) says Jesus death on the cross not only demonstrates Godâ€™s amazing love for us but also saves us from our sins.

I want to remind you that Jesus was in enormous physical pain, the worst human pain imaginable, as he spoke his words, his seven last sentences from the Cross â€¦ The Roman soldiers all expected Jesus to shout out with obscenities and cursing and swearing. One Roman philosopher, Seneca, said that all people, when being crucified and nailed to the cross, they cursed the day they were born.

Father, forgive them, for they know not what they do. Pure grace. A word of pure grace. This may be the most powerful example of grace and forgiving love in the whole Bible. While in so much pain, Jesus asked God to forgive his tormenters. They didnâ€™t ask for forgiveness; they didnâ€™t deserve it; but Jesus gave them forgiveness. They didnâ€™t even ask. His prayerful words to God were pure grace.Â Does not his last word reach out to include you and me, some 5,000 Km and 2,000 years away from the cross?

This is a real story of God and man ever since the salvation history. God loves and forgives, while we pain and fight and resist.

The German theologian Jurgen Moltmann expresses in a single sentence the great span from Good Friday to Easter. It is, in fact, a summary of human history, past, present, and future: â€œGod weeps with us so that we may someday laugh with him.â€

Good Friday? Yes. When Godâ€™s human creatures are bad, God is good. When we are at our worst, God is at his bestâ€¦! But crucifixion was not Godâ€™s final word. God raised Jesus from the dead. Easter is bad news and then good news. Itâ€™s a bad news for the children of darkness and good news for the children of God. Easter reminded us that God is in control of the universe. The Easter- event â€“ the Cross and the Resurrection â€“ is about a God who loves eternally, individually and sufficiently.

Thank you for the Cross, Lord. Thank you for the price you paid to demonstrate Godâ€™s eternal love for us, to atone for our sins, and free us from the powers of evil and the fear of death.

And so we pray, â€œLord, forgive us for the times we have despised your call.â€ And then we pray once more, â€œLord, send us your Spirit, strengthen us by your Word and Sacrament that our new Christian nature may cling to you and your words more faithfully and rejoice in the pardon and love that your Cross and blood have won for us once and for all!â€. Amen.

Light Vs Darkness : Who Will Win? 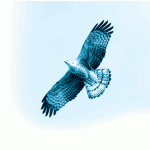 Answer is Right Above 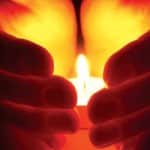 4 thoughts on “God’s Love On The Cross”