Gay marriage is a topic being discussed a lot nowadays. According to me, God created man and gave him a woman to be his life partner forever. That is His plan. Why violate it now?

In the beginning it was Adam and Eve, not Adam and Steve.

Gay Marriage is wrong. If God wanted people to marry the same sex, then He would have made a man and a man or a woman and a woman but Adam needed a partner and God made a woman.

Hear the response of someone else on this topic….They are given below with their names…

Andrew Wisner says – “Homosexuality is wrong. People today need to realize you can’t just go around doing whatever makes you feel good. I’m fifteen and a virgin (which is becoming a rarity), and, I’ll be honest, my body, as well as my mind, likes the idea of having sex with someone. But God’s Spirit who lives inside every Believer is here with me, telling me to honor God with my body and to wait. However, in today’s world, we need to realize that we (the Christians) have no more voice over what is “right” and what is “wrong.” On what Bruce Chamberlain said, if anyone has not heard the messages of Perry Stone, I highly suggest you google him.”

Steven Pettit says – “The sin aspect of this is of less concern to me because as we Christians know, Jesus has dealt with the sin issue. The real concern over this issue for me has more to do with the insidious trap that is created by making THIS particular sin “acceptable” in peoples eyes by endorsing it. There has been an ongoing concerted effort to change societal mores and values on this and immature Christians seem to be falling for it. No other sin has so many advocacy groups working to promote it.”

Jason White says – “I have one question? Where does it stop? What if someone wants to marry their sister? What if someone wants to marry their mom? What would gays say about that? What would politicians say about that? Gays want to say that homosexuality is only wrong according to the bible, and therefor should not be legislated. The fact is, all laws are a legislation of someones morals. Some may think it’s OK to steal, but it’s still illegal because the majority believe it’s morally wrong. My point is this, just because homosexual marriage is considered a moral issue does not mean there should not be laws against it. The fact is very few gays actually want to marry. What their goal is, is to actually silence anyone from speaking against homosexuality because deep down inside they know that its wrong. By the way, there’s no such thing as a Gay Christian. To be a Christian is to be Christlike and He is definitely not gay. The bible also says those who love me obey my commands. To think you can just live in your sin with no repentance and think Jesus is going to accept you in to heaven, contradicts scripture completely.” 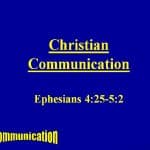 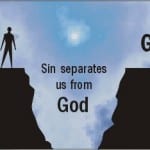 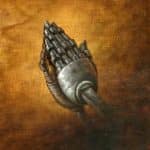