Proposition 8 will appear on the November 2008 ballot in California. It is variously known as the Protect Marriage Act, the Same-Sex Marriage Ban or the Limit on Marriage Amendment. If it passes, it will add a new constitutional amendment to the California Constitution that will have the following text: “Only marriage between a man and a woman is valid or recognized in California.” The ballot title for the measure says that Prop. 8 “eliminates the right of same-sex couples to marry”.

The electoral contest over Prop. 8 has attracted both national attention and dollars. By mid-August, supporters of Prop. 8 had raised about $8.4 million, while its opponents had raised $8.5 million. Money is not expected to be short on either side as the campaigns gear up for the fall battle, with consultants saying they expect about $30 million to be spent altogether. The initiative has attracted national dollars from both sides, with opponents raising 44% of their money from out-of-state donors, with supporters raising 34% of theirs from out-of-state.

According to its supporters, the Protect Marriage Amendment strengthens the process started when Proposition 22 passed with 61% of the vote in 2000, because, they believe, it is less susceptible to a legal challenge. This goal took on added weight when the California Supreme Court invalidated Prop 22 on May 15, 2008.

Hey, come on Californians…Are You people forgetting what happened to Sodom and Gomorrah, mentioned clearly in the Bible? If no, then there is no confusion. Vote ‘YES’ on prop 8. The above video will help you in making a right decision. Check it out… 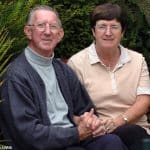 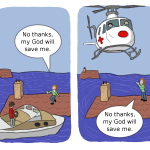 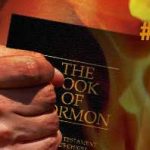