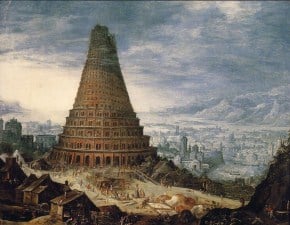 Recently, the author Jared Diamond proposed that we the humans are the â€œthird chimpanzeeâ€ in his book â€œThe third chimpanzee-the evolution and future of the human animalâ€. We live in a world of moral relativism. Man has advanced much scientifically and has harnessed some of the powers of nature. He is now exalting. He is building his tower of Babel. It brings added confusion to an already confused world.

The intellectuals of the twenty-first century have found that the genetic distance between a chimpanzee and human is only two percent. In other words man and ape is ninety-eight percent identical in genetic make up. They are explaining the vast difference between ape and man by the phenomenon of evolution over millions of years. Erect body position, language and dexterity in fine skilled motor movements are the only explanations given for the vast progress of the â€œhuman apeâ€. Agriculture and complex social interactions are mentioned as the reason for human progress.

Of course they have an explanation for evil, though they do not believe in evil. The negative forces in human progress are apparently warfare and environmental pollution. They tell that God is a human invention stemming from the human awareness of mortality. Animals are not aware of their death but humans are aware of their mortality. Apparently, the fear of death led the cave man to invent the concept of after-life. They say that man created God out of the fear of mortality.

Man has got everything right. Man exalts himself as God. He says he evolved by himself from a mere organic soup to a complex human being. This philosophy attributes biology in itself as a self-procreating, self-adapting, self-knowing, self-correcting and self-evolving system that does not need a creator to exist. They attribute creation, sustenance and adaptation of biological organisms independent of any creator. In simple terms, biological organism including man is capable of creating himself from scratch without God. Basically, they are telling that we are gods. Only God can create, sustain and maintain life without any external force. Biologists are telling that we can sustain, and we came into being without external power. We are declaring ourselves, monkeys, reptiles and living creatures as gods. We are attributing divinity to the creature and are taking the glory of God. Satan did the same thing. He wanted to be God.

The theology proposed by the proponents of the third chimpanzee is an old one. It is as old as the fallen angels! It glorifies itself and attributes divinity to itself. Man is an intelligent creature and our brain knows no limits in perverting the truth of God. The pseudo intellectuals are providing the philosophy of fallen angels under the cover of intellectual arguments and biological theories. Essentially, this is an old strategy of the enemy presented to us in a new and colorful gift wrap. Methods are the same. Error is the same. Simply, the error is animism.

When glory is taken away from the creator, we will worship the creature. We worship monkeys and reptiles as our fathers, when we fall prey to this ideal. I have studied biology all my life and I havenâ€™t stopped marveling at the complex design of created things. It reminds me what the Lord said – They see and hear but do not understand. The prince of this world has made them blind to the wisdom of God. They, by their free will have opted to deafen their ears and blind their eyes to the God of Golgotha. 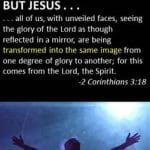 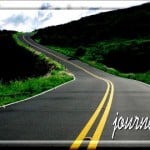 Enjoy The Journey Of Life

3 thoughts on “Are We Building Another Tower Of Babel?”