Samuel, the pastor was a known figure active in all seasons, whether hot sunshine or heavy rain. He had an arch handled umbrella and very old, worn out Jubbah. He would be carrying an old Bible always in his hands. HeÂ wouldn’tÂ mind whether it is a boy, young man or old people; his method was to start preaching the Gospel right away.

Many would change their way in order not to confront the pastor. He would never leave anyone empty handed ones came up on his way. The real fact was that IÂ couldn’tÂ always reach school without facing Samuel. Our land was predominantly Syro Malabar rite; strong catholic belief was deep rooted in the blood of people who claimed to receive faith directly from St. Thomas the Apostle. Here, Samuel the pastor was a real â€˜surplusâ€™.

Reasons were two; he had been a member of the low caste; in the language of the government – a converted Christian. As such the pastorâ€™s place was much the scapegoat against the rich heritage of the people of the land. The other reason was that he had nothing to speak pleasing the thoughts of the strong Catholics.

The boy of the fourth standard was amazed at the heavy flowing river in the village. There was no other way except to cross the river. I had been always slow in walking, then and now. It is the custom that the slow ones become last on their journey. That was the case on the day.

As I was trying to put my step into the water, catching hold of my bagâ€¦ suddenly there was someone with powerful hands to catch me from behind. When I turned, it was Samuel, the pastor. Without saying a word, he took me on his shoulders and put his steps into the river. Yes, even he was finding it hard to cross the river which was flowing heavily. He followed me a while even after the river. Then too he was silent. It was the first time I see him not speaking a word.

It was the time when there was heavy rain and flood all over. I am sure that if I had stepped into water that day, I would never be on earth to pen these lines (I see your face in smile, had it happened? Isnâ€™t it) Slowly Samuel was evading from our land. Sometimes it was because I couldnâ€™t see him as I grew older and moved to higher classes.

Baiju made me remember Samuel, the pastor after almost thirty years. He is a friend of mine from Nottingham. I knew him ever since I reached Nottingham University for studies. Baiju telephoned me one of these eveningsâ€¦ â€˜Praise the Lord, Brother Santimonâ€¦â€™ I replied, â€˜Praise the Lord.â€™ â€˜I heard that you became a pastor, is it true.â€™ He enquired. I got the point. A small prayer group in London had found me as a preacher, as theyÂ didn’tÂ get anyone else. Coming back from prayer meeting I received his call.

For sure, I remembered Samuel, the pastor; His worn out old dress, Bible and heavy filled river. There was a period in my life that I claimed Charismatic men are to be stoned to death. A time when I believed that all those who work miracles in the â€œname of Godâ€ are hypocrites. Period when I philosophically analyzed thatÂ healingsÂ were mere psycho somatic relieves.

I cannot forget a day in November, six years back; days when I had been carrying within me a cloud of sorrows. Many faces were of love and concern amidst the few ready to devour me. I came to know that with such so called reliability, gossips can be spread easily. Many of us write our own stories as we like, once we get a character in our play. No hunter sends the arrow after consulting the prey, does he? Most probable point would be the most unnoticed.

True. I had nothing to rely on except the Bible – that book which I put aside as a boring text for years. That was an English Bible. When I opened it, these words struck me first; â€œThe mountains and hills may crumble, but my steadfast love for you will never endâ€¦â€ (Is. 54:10).

An experienced smith changes the shape of the weapon putting it under fire. Yes, this is less sharp, my dear friend. I would be more and more conscious that this weaponÂ shouldn’tÂ hurt anyone.

There are stars as well as black holes in Charismatic field. We are consoled that there are more stars than the black holes. It is this consolation that makes us believe more and more in the goodness of men. 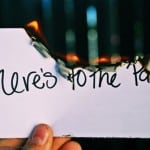 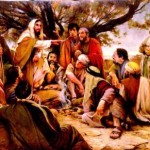 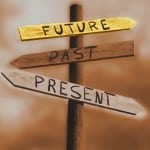 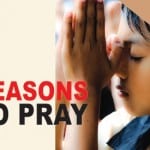 1 thought on “Why I Love Charismatic People”