Watch the above video clip on Lazarus and The Rich Man.

There was a certain rich man who was splendidly clothed and who lived each day in luxury. At his door lay a diseased beggar named Lazarus. As Lazarus lay there longing for scraps from the rich manâ€™s table, the dogs would come and lick his open sores. Finally, the beggar died and was carried by the angels to be with Abraham. The rich man also died and was buried, and his soul went to the place of the dead. There, in torment, he saw Lazarus in the far distance with Abraham.

The rich man shouted, â€˜Father Abraham, have some pity! Send Lazarus over here to dip the tip of his finger in water and cool my tongue, because I am in anguish in these flames.â€™

But Abraham said to him, â€˜Son, remember that during your lifetime you had everything you wanted, and Lazarus had nothing. So now he is here being comforted, and you are in anguish. And besides, there is a great chasm separating us. Anyone who wanted to cross over to you from here is stopped at its edge, and no one there can cross over to us.â€™

Then the rich man said, â€˜Please, Father Abraham, send him to my fatherâ€™s home. For I have five brothers, and I want him to warn them about this place of torment so they wonâ€™t have to come here when they die.â€™

But Abraham said, â€˜Moses and the prophets have warned them. Your brothers can read their writings anytime they want to.â€™

The rich man replied, â€˜No, Father Abraham! But if someone is sent to them from the dead, then they will turn from their sins.â€™

Reflection on Lazarus and The Rich Man parable

Basically, the story of Lazarus is about compassion, or more exactly about the lack of it.

Here Jesus invents a “teaching story” or parable in which He stages a rich man who has no compassion for a poor man living beside Him. After his death, the rich man is condemned for his hardness of heart. This is the main thrust of the story. The fact that it deals with financial wealth is rather secondary, and we must take note of this very carefully. If we don’t, we will think that this teaching of Jesus is only for the financially wealthy.

But, in truth, financial wealth is only a stage prop in the story. For lack of compassion can characterize any of us in the various aspects of our social lives. I can lack compassion towards those who are less “fortunate” than I am in terms of family life, brains, health, good looks, education, or friends.

How do I treat the Lazaruses I meet every day in my own life? Please think.

But this parable contains another important teaching. It corrects the mistaken way in which the rich man understands the mechanism of conversion. Because the rich man is like a lot of people who seek religious sensationalism. They are always looking for miracles, private revelations, strange phenomena.

But Jesus warns us against this kind of attitude. We have in the Bible and in the teaching of the Church everything we need for our Christian life and our salvation.Â Waiting for anything more amounts to refusing the grace of God. 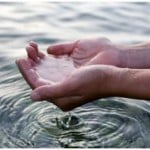 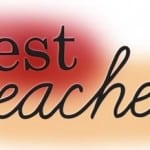 2 thoughts on “Video : Lazarus and The Rich Man”