Watch this touching video clip given above. Its about Food, Taste and Hunger.

In February 2006, at the 56th Berlin Film Festival, Filmmakers were invited to join a short film competition on the theme : FOOD, TASTE and HUNGER.Â 3600 filmmakers from around the world joined the competition. But only 32 films were chosen to be screened at the Berlinale Talent Campus.

This film topped the competition by being adjudged the Most Popular Short Film.

Its about the hunger and poverty brought about by Globalization. There are 10,000 people dying everyday due to hunger and malnutrition. This short film shows a forgotten portion of the society – the people who live on the refuse of men to survive. What is inspiring is the hope and spirituality that never left this people.

Watch this clip of just 6 minutes duration but it has a message worth a lifetime. It begins by showing KFCs and posh hotels, food being ordered by people who only eat half of it in their busy life and throw away the rest. Then the film focuses on another man who takes all the waste from these hotels, collects each bit of it in many baskets and carries them to his people.

You will cry when you see the joyful faces of small children as they see him coming with those baskets of food (yes, the waste still has considerable amount of food left in it). The children rush to get a handful from the basket to keep their life ticking.

Thank GOD for what you have. Share it with others. Never waste it. 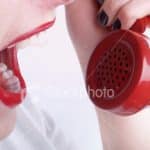