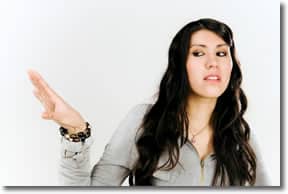 Just when you think a teenager could use God in his or her life, that’s precisely when they’re likeliest to experiment with disbelief.

After years of attending Sunday school and temple, bible school and church camps, teens often need to go on a spiritual quest independent of the family. Parents can feel dismayed when they find themselves alone in the pew after their churchgoing children hit 13 and older.

According to Niles Goldstein, founding rabbi of the New Shul congregration in Manhattan and author of eight books, including Gonzo Judaism, resistance to the family’s religious observance goes with the territory of the teen years. “Parents would do well to start by recognizing these are human beings in transition,” says Goldstein. “They are smack dab in the middle of this space where questioning and rebelling against everything, including of course religion, is to be expected.”

Teens are, in fact, programmed to explore the concept of “who am I and where do I fit in,” counsels Mimi Doe, author of Spiritual Parenting and Nurturing Your Teenager’s Soul. “That’s the basic spiritual journey of every teen.” Doe encourages parents to welcome this exciting and necessary phase of self-discovery, even if it clashes with the family belief system. Instead, parents panic, saying: “This is the religion we have gifted you with, this is who our family has been, this is who you are,” Doe explains. “And the teen is saying, â€˜I need to find that our for myself.’ “

Rebellion wears many faces, ranging from “oversleeping” and indifference to open controversy. When teens say, “Jennifer’s mother doesn’t make her go” or “I don’t get anything out of it, it’s boring,” those are statements that are accurate for them, says Rev. Eyleen Farmer, a youth minister in the Episcopal Church.

“Underneath those excuses, they’re saying, this same tired old stuff doesn’t touch my life. When they say, â€˜I don’t believe in God,’ I’ll say, â€˜Okay, tell me about the god you don’t believe in.” Often teens will describe a deity who is judgmental and punitive. “Maybe this kind of a god needs to be abandoned,” Farmer adds.

Churches fail to connect with teens at many points of entry. Girls may feel detached from liturgies steeped in masculine language. Plus, kids accustomed to the pace and pizzazz of the internet can find it difficult to engage with sacred texts such as the Bible, the Torah or the Book of Common Prayer.

HOLY FIRES & SACRED COWS
Your child has a spiritual journey that is not yours.

Understanding that teens are on a spiritual quest is critical to navigating this passage, according to Mimi Doe: “This is not an intrinsic threat. It’s an opportunity to create, not a divide, but a bridge between us. By interpreting it as a betrayal, as opposed to an exploration, that’s our issue about our job-our fear that our child will turn against what we hold so dear.

There are already many competitors lined up to hijack your child’s spiritual yearnings. Teenagers come equipped with restlessness, passion, and wildly creative energy, all components of, what Rev. Farmer calls, a “holy fire” just waiting to be ignited:

“Most of the time this passion attaches to the secular world, with the irresistible seductions of power, sex and fame. That energy and God-given beauty gets claimed and tamed by the powers that people of faith try to oppose. We struggle to help our kids resist false gods because we struggle with them ourselves.

“Part of our children’s most intense yearning is to know that within them is some spark that is no less than love itself.”

The point of a spiritual life, continues Farmer, isn’t to turn children into more regular churchgoers. “It’s to touch some place most authentic in ourselves. That can lead to a desire to be in community, although it may not look like coming in through the front door.”

Another door into the life of authentic (rather than handed-down) faith my be service to others, in part because it capitalizes on a component of the teenage heart already in existence-a crusading generosity and quest for justice.

Rabbi Goldstein also recommends service work as a place for teens to engage their faith. “We are commanded to feed the hungry and clothe the naked. Maybe through a soup kitchen or a non-profit, kids can put in a couple of hours of age-appropriate work. The idea is to get it out of their heads and into their guts.”

When it’s time for children in his congregation to prepare for the bar and bat mitzvahs, he asks them to engage with six of the traditional practices of Judaism-not just memorization of texts. The practices may include dietary law, prayer discipline, and ritual. “I try to make sure there’s an experiential component to this passage [into adulthood]. You can’t know what it means to be a Jew by reading a book.”

Goldstein adds, “I don’t care how their religious journey unfolds, but I would not be doing my job as their rabbi if I didn’t explore at least a sampling of some of the ancient and powerful practices of the faith.”

TO BE THERE, OR NOT TO BE THERE
You cannot dictate the contents of your child’s heart, but you can still uphold family ritual.

All the clergy represented above thought it fair to insist on teenagers attending some kind of worship. Mimi Doe calls it a “habit of reverence.”

“I think it’s critical to set aside a time that teens observe a quiet worship time, and I believe kids embrace that structure,” she explains, adding that parents may need to be open to a teen’s preference for a walk in the woods or a shift in the soup kitchen. Moreover, Doe contends that parents need to be consistent about their own commitment, and come from a position of clarity: “It’s as true at 2 as it is at 18: â€˜we believe that Sunday (or Saturday) is sacred, and in our family we go to church.’ Whatever these habits of reverence are that we have created throughout our family’s life, these habits stick with them for the rest of their lives.”

Other clergy recommend letting children attend services with their friends in other congregations. If you want accountability, ask teens to bring you the bulletin from the service they attended.

“Perhaps the greatest argument for pushing â€˜insistence’ more than â€˜backing off’ is that nowhere other than faith-based places is â€˜goodness’ the goal,” writes Rabbi Micah Greenstein of Temple Israel congregation in Memphis.

“In school, the goal is doing well. Among peers, it’s popularity and material success. In society, it’s â€˜happiness.’ While virtually all parents say they want their children to value goodness over popularity, material success and narcissism, there is no place other than church or synagogue whose message is â€˜doing good’ versus â€˜doing well.’ “