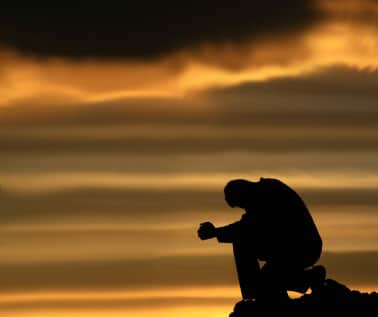 Once a Jewish Rabbi started his prayers for the people in the congregation. He wanted that God should listen to his prayers and forgive the sins of all those who had assembled in the synagogue. That moment he heard the voice of God. It was something like this: “Let Tam pray for you. If Tam prays for you, I shall forgive your sins and bless you.”

When the Rabbi heard the voice of God he was terrified. However he gathered courage and turning to the congregation, he asked, “Tam, where are you? Come forward quickly!” The Rabbi did not know who Tam was. As he was waiting anxiously for Tam, a poor man came forward trembling all over with fear and anxiety.

As the poor man was standing there quiet puzzled not knowing why he was called, the Rabbi told him what he heard from God. Tam told the Rabbi, “I will pray for you, let me go and take the prayer.” But Tam returned to synagogue with a small earthen pot in his hand. He raised the pot and prayed like this: “Holy God, You know that I don’t know how to pray. But whatever I have I offer You. This pot contains my tears.”

“When I pray to you in the night, I remember my wife and children. My eyes get filled with tears when I think that they cannot get to Synagogue because they do not have proper clothes. Then I remember the poor people and the beggars. I see how they suffer from bitter cold, scorching heat, hunger and thirst. Then I cry again. Before those tears are dry I remember how we brothers scream and fight with one another. Then again I cry. I further remember how you suffer and cry remembering our trespasses. My sorrow then overflows beyond bounds. All these tears I have collected in this pot.”

The prayer of Tam was heard by God and He blessed all those who were present in the Synagogue.

The Bible asks us to be always ready because the Son of Man may come at the most unexpected time. Reciting prayers by rote in a mechanical fashion, without meditating upon their content and meaning will not bring Heavenly blessings. Build up your life by meaningful prayers. Become aware of the miraculous strength of prayers. All prayers reach God and He responds.

The divine spirit that flows into us through prayers will help us to face any crisis of life with equanimity and optimism. God knows all our needs. What we need to do is keep close proximity to God. Jesus asks us to pray constantly. It is when we pray for others that God showers us with greater blessings. So let’s become children of prayers.

It is when we pray regularly, heartily and sincerely that God interferes in our lives and good things happens to us. Let us believe in God firmly and behave sincerely with our brethren. 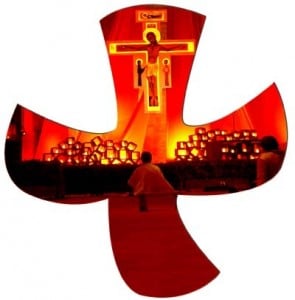 What is Taizé worship? Why do so many people (up to 7000 a week – primarily young people) go to Taizé to pray? Why is the Taizé prayer so attractive?

There is certainly a multitude of answers but perhaps a key response lies in the fact that, at the heart of the prayer, there is a monastic community. Taizé is a little village in the south of Burgundy, France. In this village, over 60 years ago, Brother Roger founded a community devoted to prayer and living a parable of reconciliation within the church and the human family. The Community is made up of brothers from all the continents and major denominations who gather together three times a day, seven days a week, throughout the year to pray (whether there are 7000 young people present or only twenty).

The Taizé prayer is not simply a prayer form or model that can be adapted or inserted into any context with the same results. There are, however, characteristics of the Taizé prayer that can be useful in understanding its dynamics. The distinguishing marks include repetition and silence and the insertion of these into the liturgy. Repetition is not a new phenomenon nor unique to Taizé. The use of repetitive prayers is a long attested reality in the history of Christian spirituality and liturgy (for example, in the Jesus Prayer and the Rosary).

What is unique to the prayer of Taizé is the adaptation of the repetitive form to simple musical lines and core biblical texts that can be sung by a whole assembly of various nationalities, languages, and denominations. The duration of repetitive songs (whether in canon form or ostinato) during prayer is not to be timed nor the number of repetitions calculated beforehand. The assembly is to immerse itself in the simple but profound harmonies and let itself be carried by this sung prayer.

Silence is perhaps the second most important aspect of this particular prayer practice. In the middle of the prayer is a long period of silence (rather than a sermon or meditation). Maintaining silence is not a technique or method enabling some special communication with God. It is simply holding oneself in a presence and letting Christ, through the Holy Spirit, pray in us. There are not many short silences in a Taizé prayer rather the prayer moves along according to a certain rhythm through song, psalm and reading leading up to a longer silence (around 10 minutes) which then culminates in intercessory prayer and more song.

Taize style music is very popular among college-age worshippers today. The hallmarks of Taize services are simplicity, peaceful spirituality, and music based upon the chant styles of the Taize monastery in France. Founded in the aftermath of the second World War by Brother Roger, who died in a prayer service in the midst of the community in August 2005, Taize is dedicated to peace and ecumenical action.

Taize music is both simple and sophisticated. Brother Roger, founder of Taize, seeks to add a prayerful element to music, and a musical element to prayer, believing firmly in the old dictum, ‘those who sing, pray twice’. The songs of Taize are designed to be sung by those who have difficulty carrying a tune, as well as those whose training and background in music extends to high levels.

Taize worship relies on psalms heavily, as well as periods of silence, Bible readings, and prayers.

The way Taize chants ‘work’ is that they are simple phrases and simple tunes that gradually reveal depth and sophistication by being repeated over and over. According to Brother Roger, all who follow this journey of the spirit remain alongside other people, adding their prayers and voices together. ‘They do not separate prayer and commitment.’ 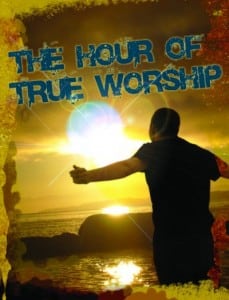 Jesus said “Yet a time is coming and has now come when the true worshipers will worship the Father in the Spirit and in truth, for they are the kind of worshipers the Father seeks.” – (John 4:23)

Jesus’ words, spoken to the woman at the well, echo down through time. They cut through the worship wars of every era. They rattle our selfish preferences and challenge our dogmatic positions. They remind us that worship is something much more than a responsibility, a ritual, a place, a time, or a style.

Worship is a gift. We cannot even properly worship without the Spirit of God in us. Those who are born of water and the Spirit (John 3:3-7) are given the opportunity to worship because of the Spirit’s presence. And when they are led to worship in the Spirit, they are then called to make that worship authentic. Worship in truth is worship that is consistent throughout life — living sacrifice worship (Rom. 12:1-2).

As the Spirit permeates our being, influences our hearts, and conforms us to Christ (2 Cor. 3:18), then worship is no longer about place (John 4:21), but about presence! The Holy Spirit, God’s abiding Presence in us, makes the life of God come alive in us — not just on a “worship day,” but every day in all of our ways.

Prayer : O Father, I want to be a true worshiper! I want to worship you spirit to Spirit. I want my worship words to be consistent with my daily worship in thought, action, and speech. As the psalmist said so long ago, “May the words of my mouth and the meditation of my heart be acceptable in your sight, my Rock and my Redeemer.” Through Jesus I pray. Amen.