The Three Things In Life 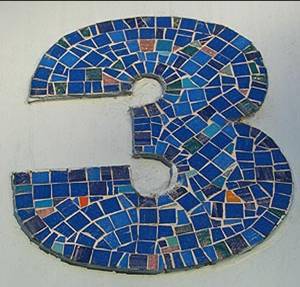 Three things in life that, once gone, never come back –
1. Time
2. Words
3. Opportunity

Three things in life that are most valuable –
1. Love
2. Self-confidence
3. Friends

Three things in life that are most appreciated –
1. Generosity
2. Humor
3. Forgiveness

Three things in life that can destroy a person –
1. Alcohol / Drugs
2. Pride
3. Anger

Posted in Think N Grow | No Comments yet, your thoughts are welcome
January 21st, 2009 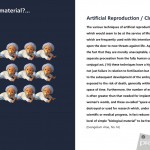 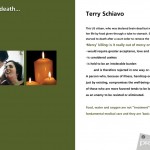 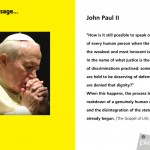 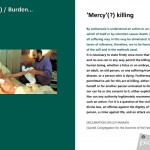 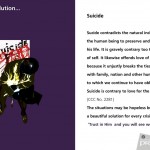 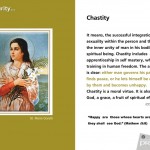 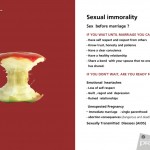 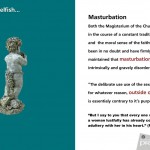 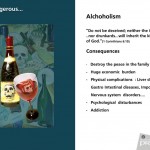 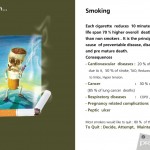 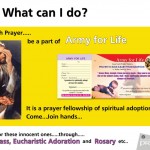 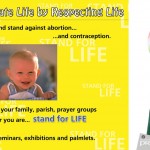 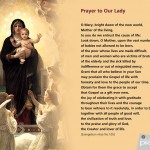 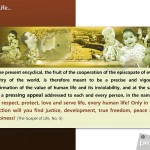 Given above is the fourth and the final set containing 14 posters among the 64 ones, which are used in the ProLife exhibitions. All of them have been reduced from the poster size to the wallpaper size, to fit our desktops.

Mercy Killing is also against life. Is it really out of mercy or because that

1) Life would require greater acceptance,love and care;
2) Life is considered useless
3) Life is held to be an intolerable burden
and is therefore rejected in one way or the other.

It is a question of the violation of the divine law, an offense against the dignity of the human person, a crime against life, and an attack on humanity.

Suicide – Suicide contradicts the natural inclination of human being to preserve and perpetuate his life. It is contrary to love for the living God.

Alcoholism – “Do not be deceived; neither the immoral…nor drunkards…will inherit the kingdom of God”- 1 Corinthians 6:10

Smoking – Each cigarette reduces 10 minutes from the life span. Its just another form of suicide, a very gradual and slow suicide.

What Can We Do?

Through Prayer – be part of Army for Life – Pray this at least 10 times daily and spiritually adopt 10 babies.

Prayer to save a baby from Abortion – “Jesus, Mary, Joseph, I love you very much. I beg you to spare the life of the unborn baby, that I have spiritually adopted who is in danger of abortion”

Intercede for these innocent ones through Holy Mass, Eucharistic Adoration and Rosary.

Proclaim and stand against abortion and contraception.

Witness in your family, parish, prayer groups, where ever you are,

Hero of the Hudson – Chesley Sullenberger 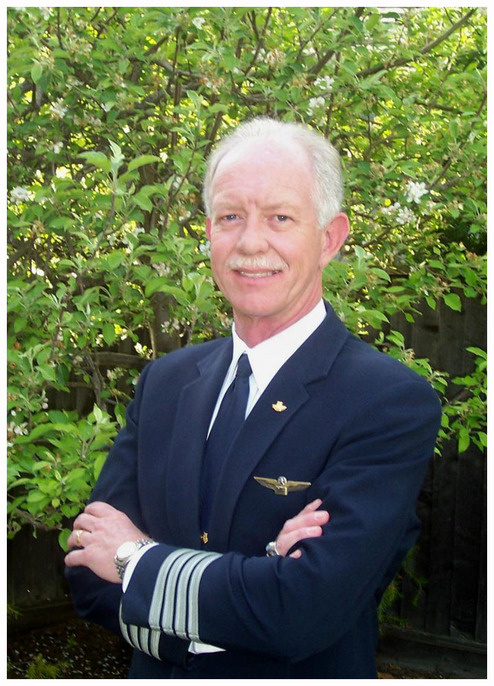 They called it the “Miracle on the Hudson” and pilot Chesley Sullenberger on Friday became the patron saint of passengers everywhere for guiding his crippled jet to a near injury-free landing in the freezing waters off New York.

All 155 people on US Airways Flight 1549 climbed onto rescue boats, shocked but mainly unscathed, relieved to be alive and singing the praises of former fighter pilot Sullenberger. Emma Cowan, 26, from Perth said she was “very blessed to be alive” after she was forced along with 150 fellow passengers and five crew to scramble out of plane after it splashed into the Hudson River on Thursday.

The carcass of the Airbus A320, tied up at Battery Park of Manhattan on Friday, one wing poking up out of the dark cold river, is now set to become a shrine to Sullenberger’s heroics.

The jet had just taken off from New York’s La Guardia airport for Charlotte in North Carolina. But the crew told air traffic controllers that the jet hit a flock of geese which knocked out both engines, US media reported. There was no time to return to La Guardia and no other airport was close enough, so the crew decided to ditch the jet.

“They then cleared the George Washington Bridge by about 900 feet, according to controllers, and at a point near the end of West 48th Street in Midtown Manhattan, the plane slid into the river’s smooth, grey waters,” the New York Times reported. In a few seconds, frantic passengers left the plane and clustered on the aeroplane’s wings, with the river lapping at their feet.Ferryboats steamed to the rescue as the aircraft slowly sank.

Passenger Jeff Kolodjay said he saw the engine blow up. “We thought we were going to circle around, but we didn’t have time,” he told the Newsday newspaper.

He heard Sullenberger tell passengers to brace for impact and then said a Hail Mary.

“We hit the water pretty hard,” Kolodjay told the newspaper – hard enough for some people to hit their heads on the ceiling. But once on the river, the doors opened and though water started filling the jet, passengers headed for the wings, Kolodjay said.

New York state governor David Paterson described the event as “a miracle on the Hudson.”

“It would appear that the pilot did a masterful job of landing the plane in the river, and then making sure that everybody got out,” New York Mayor Michael Bloomberg said. “I had a long conversation with the pilot. He walked the plane twice after everybody else was off. And tried to verify that there was nobody else onboard. And assures us there were not.”

President George W Bush praised the “skill and heroism” of Sullenberger and the other crew.

The passengers said they owed their lives to Sullenberger.

Sullenberger runs a transport safety consultancy and has clocked up 19,000 hours of flying time in a 40-year-career as a pilot, according to a biography on his website.

The former US Air Force fighter pilot has served as an instructor and safety chairman of the Air Line Pilots Association. He has also participated in several accident investigations for the US National Transportation Safety Board.

Sullenberger, who has flown for US Airways since 1980, flew F-4 fighter jets with the Air Force in the 1970s. He then served on a board that investigated aircraft accidents and participated later in several National Transportation Safety Board investigations. He is president of Safety Reliability Methods, a California firm that uses “the ultra-safe world of commercial aviation” as a basis for safety consulting in other fields.

And most of all, we can assume from the above that Sullenberger is a true devotee of Virgin Mary, as he cried for her intercession in this toughest time of his life.

Come on friends, don’t be surprised at the intercesssion power of our Holy Mother.