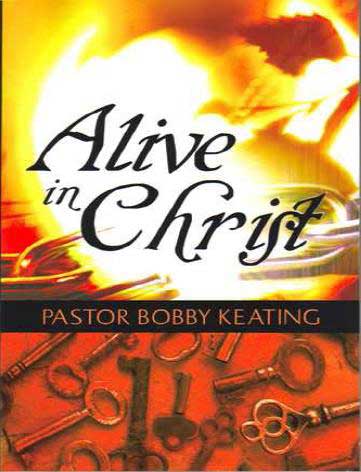 The purpose of this book is to provide you with revelation knowledge. If you are a Christian believer, this information will bring you to a higher level of worship and a deeper relationship with the Lord and Savior of mankind.

If you are a skeptic or non-believer or an uncommitted Christian, this book may just be the answer to questions you have that are preventing you from a full commitment to Jesus Christ. Please, read this material with an open mind.

Many Christians today are satisfied with a superficial relationship with Jesus. Some Christians are satisfied to simply go to church once and a while to appease their conscience. Other Christians are actively involved with a church but have not made a full commitment to Christ because they are unable to give up certain things in their life that are pleasurable.

The information in this book is the meat and potatoes of Christian belief. I hope that you enjoy it.

Christians fall into two categories. Consider a breakfast of bacon and eggs. The hen was involved. She provided a basic necessity for breakfast, the eggs. The pig, however, was committed. He gave his all for the sake of the breakfast. The non-believer simply has coffee, neither involvement nor commitment.

Are you on the outside, no involvement, or are you simply involved with no commitment? Are you truly committed to your Savior and give your all? In order to realize the beauty of a life in Christ, you must be ready to make a full and satisfying commitment to the Holy God who created us.

Chapter 1 – Why is it important?

Chapter 6 – How do we live our lives in Christ?

Chapter 9 – Putting it all together

Chapter 10 – Break the bonds that bind you.

Oh God, my Heavenly Father above,
You’re the magnificent, glorious source of my love.
Jesus, my precious Savior, You are my Lord.
I am devoted to You and to live by Your Word.

I thank you for this life that you gave me.
And Your sacrifice at the cross to save me.
Thank You for Your mercy, grace and blessings indeed!
And the Holy Spirit You gave to guide me and lead.

Help me forgive others as you forgave me.
Show me the way to be all you want me to be.
Cleanse me to be more humble and true.
Change me to be more loving like You.

Help me do right in difficult moments of life.
Guide every path; give me comfort in strife.
Lord, I long to serve You every possible way.
Help me to honor You and to trust and obey.

Grant me wisdom and serenity in all I say and do.
Keep me steadfast and strong as I follow you.
Please walk with me, talk with and keep me from sin.
When I battle temptation, I pray that I win.

If I get lost or falter, please show me the way;
To honor and please you each precious day.
Help me be caring and kind, with love in my soul.
I am devoted to You Lord, and I yield control.

I ask for courage, strength, fortitude and might;
To share Your love and reflect Your light.
Lord, help me to do the best that I can
To glorify You and serve my fellow men.

Grant me peace and joy in the good works that I do.
You are awesome and amazing. Lord, I adore You.

I ask this in the precious name of Your Son, Amen. 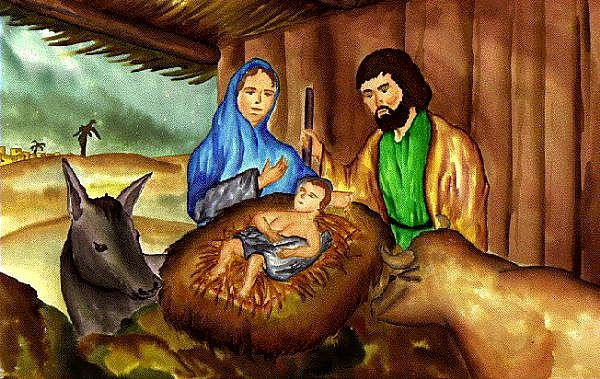 T’was eight centuries before Christ’s birth and all around the Earth,
People did not really understand what their souls were worth.

The world then was in peril, there was distress and gloom.
Far and wide you could find so much destruction and doom.

God promised that a Savior would surely one day come.
Folks were deluded and lost – they were deaf, blind and dumb.

The Holy Bible told us about His ancestral line,
He would be the King of Kings, completely divine.

The angels told Mary that she would be the one.
To give birth to God’s child, His only begotten Son.

The prophesies gave us the details of His birth,
T’was certain He would come to transform all the Earth.

He’d be born of a virgin, laid in a manger with hay
Then His hands and feet pierced on His final day.

The Lord had a mighty purpose for which He came.
God would be among us – Immanuel would be His name.

Mankind would then learn about peace, hope, and joy.
It would all come about in this small baby boy.

He was a humble servant, He showed us pure love.
He taught us about our Heavenly Father above.

His wisdom was divine, far beyond what any had known.
Many followed and believed Him, the crowds had really grown.

The Prince of Peace was amazing; He was a beacon of light.
He was holy and reverent as He taught us wrong from right.

He was the Counselor, Comforter, Redeemer and Friend.
He was fair and righteous; His rule never will end.

Folks were amazed and confused with all that went on.
They didn’t understand………until He was gone.

Though He was perfect and sinless, He never even told a lie,
He was mocked, and beaten, then crucified to die.

He was God as a man to His last dying breath.
Then He rose from the dead with His power over death.

He was goodness and grace and He came to relieve…
The wretched grasp of Satan…. to all who believe.

Upon Him all of our sins would be laid.
The full account of our debts had been paid.

This all really happened, it isn’t just folklore.
He told us of Heaven and showed us there’s more.

We call Him Jesus and He lives still today.
He is Lord of all Lords and He leads the way.

We celebrate this and all that it means
With songs and displays of Nativity scenes.

His Amazing Grace is the actual reason.
That we recognize and rejoice this season.

So again this year we celebrate His birth.
Merry Christmas to all and to all Peace on Earth!