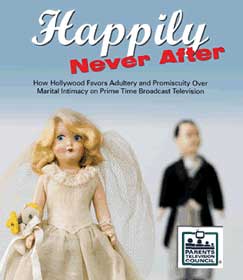 Non-marital Sex or Recreational Sex as it is called, is wrong, for the relationship is purely physical, with no commitment to or responsibility for the other person. It is the use of another’s body for self-satisfaction. The sin here is not in the body, but in the will.

Lust is the misuse of a good body by a bad will. Note that the same sin may appear in a formalized marriage. Eg. A husband dominating his wife for his own sexual satisfaction – a form of rape.

Extra-Marital Sex, an affair with someone other than one’s spouse, violates the covenant bond of loyalty and fidelity. It brings with it the dark suspicions and tensions that lead to a troubled or broken marriage. Here again, the sin in adultery is to be located in the will, in infidelity, in breaking faith, not in the body.

When it comes to the question of premarital sexual relations, the morality of the matter becomes more ambiguous. Currently, the context is often one in which the couple at the upper layers of their education have long since reached their physical sexual maturity (girls now menstruate at the average age of twelve or thirteen), but economic or educational circumstances prevent the sensible possibility of their formal marriage until their educations are completed and they can be employed and make a home.

In short, they are old enough to have sex but too young to get married. Yet they may be committed to each other, whether or not they are formally engaged. No legalism either proscribing or prescribing premarital relations will suffice here.

The Morality Of The Matter

The morality of the matter depends on the circumstances, on the couple’s open, honest mutual understanding of the relationship between sex and love, and their acknowledgment of the risks involved, especially the need for sensible precautions against pregnancy.

THE MOST RESPONSIBLE THING TO DO IS TO POSTPONE INTERCOURSE UNTIL THEY ARE MARRIED.

So please, let us say no to non-marital sex. Let marriage be happily ever after rather than happily never after.

Also read Premarital Sex Is A Sin and Sex, God And Marriage