Origin of the Mysteries of Light 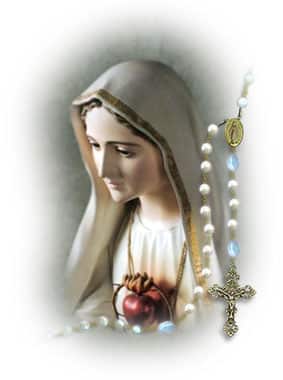 On 16th October of 2002, His Holiness John Paul II began the 25th Anniversary of his Pontificate by publishing an Apostolic Letter Rosarium Virginis Mariae (RVM), in which he inaugurated the Year of the Rosary, to last from October 2002 till October 2003. In this Letter the Pope also introduced five new mysteries of the rosary to be included with the traditional ones. These new mysteries, which he called The Mysteries of Light, or Luminous Mysteries, refer to the public life of Our Lord.

Saint George Preca and the Mysteries of Light

This addition to the decades of the rosary – which had been left untouched for over 400 years – has aroused a great deal of interest. Though the Letter contains enlightening and fresh teaching on the Rosary, it would seem that the media were almost exclusively interested in these new Luminous Mysteries. International journalists, Catholics and non-Catholics alike, gave prominence to them, adding that “the idea of the Pope could have come from the writings of a Maltese priest whom the Pope declared Blessed in 2001, Blessed George Preca.” Thus wrote The Guardian (16th October 2002), The Universe, The Tablet and other news agencies.

It is not yet known whether these new mysteries were actually taken from those proposed by Dun Gorg (as the new Blessed is affectionately known in Malta). But it is certainly a curious fact that, apart from some small differences, the five mysteries are identical to those proposed by Fr Preca. Interesting as well is the fact that the Pope has called these mysteries from Christ’s public life “the Mysteries of Light”, the same title given originally by Fr Preca when he first proposed them in 1957.

How did the Pope get to know about them?

If these new mysteries of the rosary have actually been taken from Saint George Preca, the question still remains: how did they reach the Pope so that he could introduce them in his Apostolic Letter on the Rosary? Various suggestions have been offered, including the use of the Internet. In fact, some Catholic websites in the English language on the rosary refer to the Mysteries of Light, which could have been put there by some Maltese user living abroad, probably in the United States.

Saint Preca (1880-1962) founded a society of lay people to study the Christian doctrine and teach it to children and adults. He called it the Society of Christian Doctrine. In 1957 the Society celebrated the 50th anniversary of its birth, and Fr Preca was against any external celebrations: “it is enough to sing the Te Deum as a thanksgiving,” he said. But his collaborators persuaded him to have some modest celebrations as an encouragement to the Members.

Hence Fr Preca wanted that year to be an occasion of a deeper intimacy with God, and so he published his well-known Colloquies with God – sixty short but penetrating invocations which give us a good insight into Fr Preca’s interior life. During that same year he came up with the idea of these additional mysteries to the Rosary, taken from the public life of Our Lord. Originally Fr Preca had them published in a small leaflet for the private use of the Members of his Society.

Was this an original initiative?

I still remember quite vividly how our Founder introduced these mysteries during one of our weekly meetings with him. His face clearly showed the joy in his heart as he proposed these episodes from the public life of Jesus. Fr Preca did not say how they originated, whether they were his idea or taken from other reading. In the latter case he would have started, as usual, by saying: “See what I have found for you…” So it would seem the idea was completely his own. He told us that it was useful to meditate on the entire life of Christ, and that the Rosary was lacking this public ministry of the Lord. Fr Preca added that he really enjoyed praying these ‘new’ mysteries and reflecting about Him who said that He is “the Light of the world” (Jn 8,12).

The Mysteries of Light became “public property” in Malta after two publications in 1973 and 1987. As already mentioned above, they were later also put on the internet on websites regarding the Rosary.

The Mysteries of Light according to Saint Preca and the Pope

The following are the Mysteries of Light as proposed by Fr Preca, and by the Pope, respectively.

According to the Pope:
Jesus’ Baptism in the river Jordan;
His self-manifsestation at the wedding at Cana;
His proclamation of the Kingdom of God, with his call to conversion;.
His transfiguration before the Apostles on Mount Tabor.
His institution of the Eucharist, as the sacramental expression of the Paschal Mystery.

If we compare the two versions we cannot fail to notice a great similarity between the Mysteries of Light as proposed by Saint George Preca and as proposed by the Pope 45 years later. The differences between them are not as significant as may appear at first sight.

In the First Mystery, Fr Preca adds, after the baptism in the Jordan, that Jesus went to the desert to spend 40 days in preparation for his mission. Those who know Saint Preca well may as well guess why he added this pericope from the life of Jesus. Since Fr Preca composed these mysteries for the use of the Members of his Society, he probably wanted them to realize the importance of preparing oneself for the mission of evangelization.

In the Second Mystery, Fr Preca proposed that we meditate how Jesus showed his divinity by word and miracles. The Pope proposes only one miracle, the wedding at Cana in which Jesus “revealed his glory” (John 2:11).

In the Third Mystery, Dun Gorg brings in the Beatitudes, which have been called the “Constitution” of the Church he was to found. With the Beatitudes Jesus also “proclaimed the Kingdom of God”, and challenged us to change our style of living if we intend to follow him.

The teaching of Saint Preca on the Rosary and RVM

Besides the new Mysteries of Light, in RVM there are other points which remind us of Fr Preca’s teaching on the rosary. For instance, the Pope suggests a moment of silent reflection after the mystery is mentioned (RVM, par. 31). Fr Preca not only practised this himself, but he recommended it to others as well.

Fr Preca used to call the rosary “A school of learning”, especially because of the meditation on the mysteries of the life of our Lord. It is interesting to note that His Holiness in his Apostolic Letter refers five times to the rosary as a school of Mary (pars 1, 3 ,5, 14, 45).

Fr Preca composed various prayers to Mary, each one referring to a virtue connected with the mystery to be contemplated, which was to be recited before the Our Father. In RVM (par 35) the Pope also suggests a similar prayer after the Gloria Patri.

We cannot exclude the fact that Fr Preca was also familiar with the writings of St Louis Marie Grignon de Montfort. Hence several insights must have come to him through this Marian saint. But, whatever the case may be, the providential and official inclusion in the Rosary of the Luminous Mysteries by the Pope does echo beautifully the other constant aspect of Fr Preca’s spirituality: his attachment to the Pope as universal Shepherd of the Catholic Church. Had Fr Preca been around, he would have rejoiced enormously!

He would have made the Pope’s message his own and would have encouraged us all to sing to Mary “Rejoice, for you have found great favour with the Lord!”

Fr Preca would have emphatically passed on these pressing words of the Holy Father: through the Rosary, “Mary helps us to learn the secret of Christian joy, reminding us that Christianity is above all ‘euanghelion’ — good news — which has its center, indeed its very content, in the person of Christ.”

This entry is filed under Think N Grow. You can follow any responses to this entry through the RSS 2.0 feed. You can leave a response, or trackback from your own site.
One Response to “Origin of the Mysteries of Light”
1