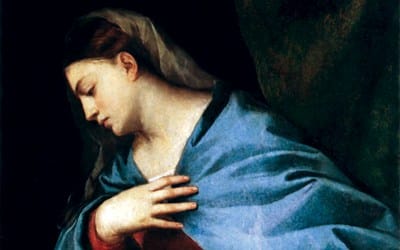 Bible speaks little of the Mother of God but tradition gives valuable information.Â We know very little about Miriam of Nazareth as an actual historic person. In this she is in solidarity with the multitudes of people through the centuries especially poor women and men, whose lives are considered not worth recording. We must also be respectful of her historic difference from us in time and place.

Mary lived in Mediterranean rural village, Nazareth, whose population consisted largely of peasants working in the land and craftsmen who served their basic needs. Married to the local carpenter, she took care of the household. We do not find anything in the Gospels about the Birth of Virgin Mary. This is because the main focus has been completely centered on the person of Jesus Christ. The mystery of Christ and His two natures human and divine and His salvific mission, hence Mary was in oblivion.

Much of this knowledge of the circumstances in which we lived has resulted from the contemporary quest for the historical Jesus. But it serves us as well for the Miriam of Nazareth as a Jewish village women of faith. Mary walked by faith, not by sight. She has a relationship with God that was profound. In those days, peopleâ€™s hope for the coming of the Messiah included in the hope that He would liberate the suffering poor from oppressive rule.

Unlike the birth of john the Baptist (Lk. 1:57-63) we find nothing in the Gospels concerning the birth of Mary. All the same we find in the proto Gospel of James that Ann and Joachim were her parents who were barren but in their old age gave birth to Mary. The feast â€œBirth of Maryâ€ started in Jerusalem during the 5th century where according to tradition the house of Mary had been. The feast comes at a time when the fields are ready for harvest. So it is a time of rejoicing as they offer the first fruit to God. This is very significant in the light of the Word of the God â€œWhen the fullness of time came, God sent His son born of a womenâ€ (Gal. 4:4-6).

The description although in the manner of an apocryphal document obviously presents an important historical event about the Birth of the Mother of the Lord. The birth of Mary is ordained in particular toward her mission as Mother of the Saviour. Tradition, grounded on very old testimonies, informs us that Saints Joachim and Ann in their old age came from Galilee to settle in Jerusalem, and there Mary the Mother of God was Born. A Church was built during the 4th century, possibly by Saint Helena, on the sight of the house of saints Joachim and Ann in Jerusalem.

The origin of this Feast sought in Palestine. It goes back to the consecration of a Church in Jerusalem, which tradition identifies as that of the present basilica of St. Ann. At Rome, the Feast began to be celebrated towards the end of the 7th century, brought there by Eastern monks, Gradually and varied ways it spread to the other parts of the west in the centuries that followed. From the 13th century on the feast drew notable importance and celebrated with solemnity on different dates from place to place.

For some centuries now, the Birth of Mary has been assigned to September 8 both in the East and West. However, when the feast of the Immaculate Conception (which has a later origin than that of the birth) was extended to the whole Church the Birth of Mary slowly and steadily assigned everywhere to September 8 – nine months after the solemnity of the Immaculate Conception.

Read the following 2 articles that tells more about the birth of Mother Mary:

Nativity of The Blessed Virgin Mary

If many â€œwill rejoiceâ€ at the Birth of the precursor (Lk. 1:14) a much greater joy is stirred up by the BIRTH of the MOTHER of the savior. Hence, this is a Feast that serves as a prelude to the â€œjoy to all peopleâ€ brought about by the Birth of the son of God at Christmas and expressed by the singing of hymns and carols. Added to this joy on this MARIAN FEAST is that of light because with MARYâ€™S BIRTH the darkness is dispersed and there raises in the world a dawn that announces the sun of justice, Jesus Christ the Lord.

Mary – Queen – as the daughter of the Father, Mother of the son, and bride of the Holy Spirit, Mary was crowned Queen of Heaven and earth by the Triune God. As we celebrate the Birthday of our Heavenly Mother, letâ€™s pray that she may continue interceding for us. 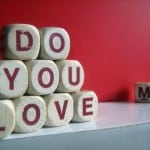 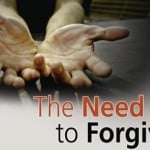 2 thoughts on “Birth of Mother Mary”