Bible Story Pictures For Children – When we explain the Holy Bible to children, Bible story pictures play a crucial role. We clearly know that a picture is worth a thousand words. So we are happy to introduce a new website that contains over 2,700 Bible story pictures.

These pictures are not really just for children but for all. As you can see the religious art on this site is not cartoonish but as realistic as possible and tasteful. It’s really geared for the young adult believer who is fascinated with the literal fundamental teaching of the Bible.

There are 5 categories here namely:-

Law : The Law covers Genesis through Deuteronomy. The accounts of Creation, the Garden of Eden, Adam and Eve, Cain and Abel, Noah’s Ark, the Tower of Babel, Abraham and Lot, Sodom and Gomorrah, the Sacrifice of Isaac, Esau’s Despisal of his Birthright, Jacob Wrestling with God, Joseph Sold into Slavery, Pharaoh’s Dreams, Moses at the Burning Bush, the Ten Plagues on Egypt, the Passover, the Red Sea Crossing, the Ten Commandments, the Golden Calf, the Tabernacle, and the Ark of the Covenant are found here.

History : The History covers Joshua through Esther. The accounts of Rahab Hiding the Spies, Joshua and the Battle of Jericho, the Sun and Moon Standing Still, Deborah and Barak, Jael and Sisera, Gideon’s Fleece, Samson and Delilah, Ruth and Naomi, the Dedication of Samuel, David and Goliath, the Witch of Endor, Bathsheba’s Adultery, Amnon and Tamar, Absalom’s Conspiracy, David’s Mighty Men, the Temple of Solomon, Elijah Challenging the Prophets of Baal, Naboth’s Vineyard, Naaman’s Cleansing, Jezabel’s Trechery, Ezra, Nehemiah, and Esther are found here.

Prophets : The Prophets covers Job through Malachi. The accounts of the Suffering of Job, Behemoth and Leviathan, David the Psalmist, the Strength of the Unicorn, the Virtuous Woman, the Seraphim, the Satyrs, the Fall of Lucifer, the Flying Fiery Serpent, the Suffering Servant, the Weeping Prophet, Ezekiel’s Vision, the Valley of Dry Bones, Nebuchadnezzar’s Dream, the Fiery Furnace, the Writing on the Wall, Daniel in the Lion’s Den, the Four Beasts, the Ancient of Days, Jonah and the Whale, and Zechariah’s Vision of the Four Chariots are found here.

Gospel : The Gospel covers Matthew through John. The accounts of the Visit of the Magi, Baptism of Jesus, John the Baptist, the Calling of the Disciples, the Water Turned to Wine, the Sermon on the Mount, the Loaves and Fishes, Peter Walking on Water, the Transfiguration, the Lost Sheep, the Springs of Living Water,  the Light of the World, the Good Shepherd, the Good Samaritan, Mary and Martha, the Rich Man and Lazarus, the Rich Young Ruler, the Triumphal Entry, the Widow’s Mites, the Ten Virgins, the Lord’s Supper, the Garden Arrest, the Judas Kiss, the Crucifixion, and the Resurrection are found here.

Epistles : The Epistles covers Acts through Revelation. The accounts of the Ascension, the Descent of the Holy Spirit on Pentecost, the Lame Man Healed, Ananias and Sapphira, Stephen the Martyr, Paul’s Conversion, Peter’s Vision, the Missionary Journeys, the Whole Armor of God, the Alpha and Omega, the Rapture, the Heavenly Throne, the Seven Seals, the Four Horsemen of the Apocalypse, the 144,000 Sealed, the Two Witnesses, the Mother of Harlots, the New Jerusalem, the River of Life, and the New Heaven and New Earth are found here.

I am sure all of you will love this website. You can go there and order a free DVD of the images.

Intimate Walk with The Lord 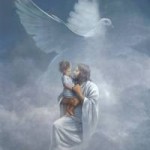 Spirit Who Makes You Holy