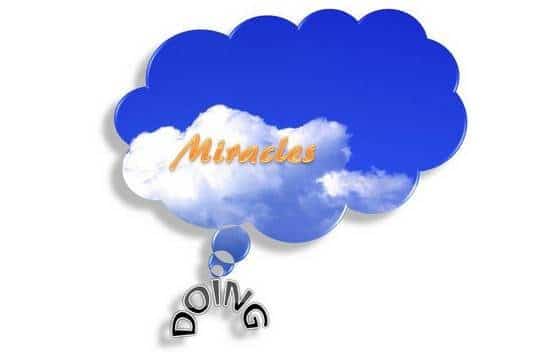 I donâ€™t know about you, but when I see folks doing extraordinary acts, it just grabs my attention. Such is the one I found in the beginning chapters of the book of the loving disciple John. The context â€“ an ancient Jewish wedding, and the crisis â€“ lack of wine for the guests.

Sometime during the wedding feast, the wonder begins. Jesus, who happened to be one of the guests, instructed the servants to fill the water jars that were used for ceremonial washing. They did so. Then He asked to fetch some of that water to the banquet host. They did so. And when he tasted it, he found it as much better wine than the one served earlier!

Well, itâ€™s a miracle; no doubt about that. But thereâ€™s something else to it: when did it happen? When they did so! Imagine the servants filling the jars with water and then taking a sample to the host for tasting, all the while knowing that there is no wine â€“ itâ€™s just audacious! And somewhere between the â€˜fillingâ€™ and the â€˜tastingâ€™, the miracle happened!

That helps me understand something about miracles. Miracles wonâ€™t simply happen. True, you and I cannot do miracles. But itâ€™s when we enter into the â€˜they did soâ€™ mode that we find miracles happen!

They did so â€“ whatever Jesus said. When you DO what He instructs you, the miracle begins to descend on you!

1 thought on “There Is A Miracle In Your Doing”