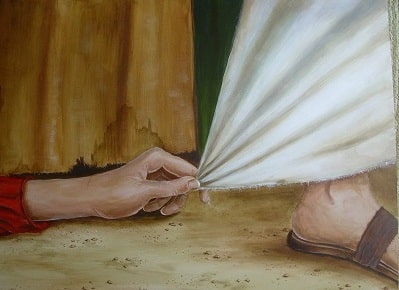 If I just touch his clothes, I will be healed (Mark 5:28). That’s what she told herself, this nameless, bleeding woman who’d traveled 30 miles, fueled by nothing but faith.

It was a daring plan. According to Mosaic Law, women who were ceremonially unclean weren’t allowed to touch anyone, let alone the Son of God. But desperate women do desperate things. For 12 long years blood had flowed from her body, making her physically sick and socially unacceptable.

The physicians of her time were unable to relieve her suffering. She “spent all she had, yet instead of getting better she grew worse” (Mark 5:26). Some of us have been there, dealing with a prolonged illness or stubborn medical condition. It’s frustrating, even embarrassing, to keep going to the doctor, only to return home with an expensive prescription, yet little hope.

The true miracle in this story is what remained healthy: her faith. Her willingness to believe she could be well again, despite all evidence to the contrary. When she heard about a man who’d “healed many who had various diseases” (Mark 1:34), she made a beeline for Capernaum.

After a 30-mile journey, I would have thrown myself in his path, begging him to help me. Instead our bleeding sister quietly “came up behind him in the crowd and touched his cloak” (Mark 5:27). By law, her touch would have made him unclean. By grace, just the opposite happened. “Immediately her bleeding stopped” (Mark 5:29). Without a word, a look, or a touch from Jesus, she was made whole simply by believing he could heal herâ€”and daring to act on that belief.

When her faith was rewarded, she wasn’t the only one who noticed. “He turned around in the crowd and asked, ‘Who touched my clothes?'” (Mark 5:30). How her heart must have pounded. She’d just stolen a miracle!

When the disciples pointed out that many in the crowded street were touching him, “Jesus kept looking around to see who had done it” (Mark 5:32). He wasn’t looking to accuse but to affirm.

The same faith that empowered her to stretch out her hand now gave her the strength to step forward. She “fell at his feet and, trembling with fear, told him the whole truth” (Mark 5:33). She risked everythingâ€”public humiliation, if not punishmentâ€”to make her confession of faith, explaining to the crowd “why she had touched him and how she had been instantly healed” (Luke 8:47).

With a single word from Jesus, 12 years of pain and isolation were swept away: “Daughterâ€¦” (Mark 5:34). In no other gospel account does Jesus use this term of endearment and respect. Daughter. She was a member of the family now, restored to her community, setting an example for others who “begged him to let them touch even the edge of his cloak, and all who touched him were healed” (Mark 6:56).

This woman literally put feet to her faith: traveling to Capernaum, reaching out to touch Jesus’ garment, and walking forward at his invitation. By faith, we too can go first in our families, in our workplaces, and in our circles of influence, stepping forward to proclaim, “There is a balm in Gilead to make the wounded whole.” 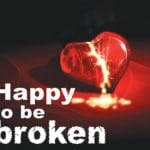 Happy To Be Broken 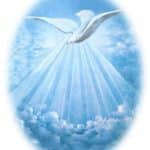 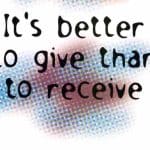 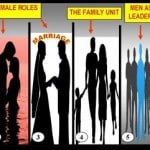