Movie : BELLA – One Moment Can Change Your Life Forever 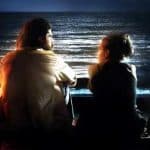 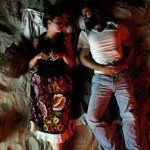 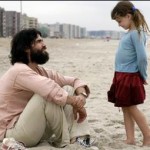 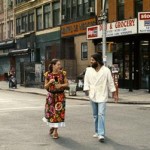 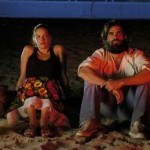 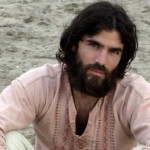 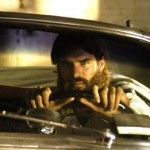 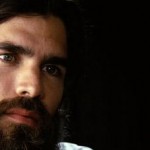 “Bella” is a story with a pro-life theme that won the People’s Choice Award at the 2006 Toronto Film Festival and was released in theaters last fall.

An international soccer star is on his way to sign a multi-million dollar contract when a series of events unfold that bring his career to an abrupt end. A beautiful waitress, struggling to make it in New York City, discovers something about herself that she’s unprepared for. In one irreversible moment, their lives are turned upside down… until a simple gesture of kindness brings them both together, turning an ordinary day to an unforgettable experience.

Bella is a romantic drama full of heart, soul and beautiful messages- hope, love, grace, and second chances. The film deals with abortion and adoption, and shows this difficult decision in a very different way, through love and patience and understanding.

Little did the filmmakers know the profound difference their first film – Bella – would have beyond the theater, specifically in the lives of at least 15 women and their children. To date, they are aware of 15 cases where women considering abortion have decided for life after seeing the movie.

Saving lives is the greatest mission of Bella.

If you have not seen this movie yet, I encourage you to watch it with your family. Bella is currently out on DVD, which you can find at your local library. I was not able to check out the movie at my library, because it was constantly being checked out, as soon as it was returned (so wonderful that many people are watching it!), so I rented it On Demand- check to see if your local cable provider has it available as well.

Posted in Movies | No Comments yet, your thoughts are welcome
August 14th, 2008 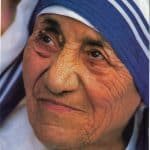 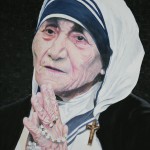 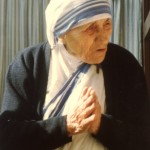 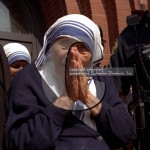 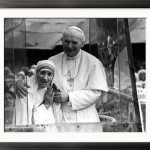 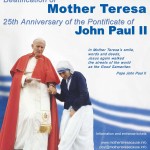 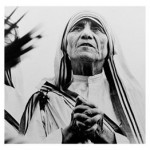 Mother Teresa, whose original name was Agnes Gonxha Bojaxhiu, was born on August 26, 1910 in what is now Skopje, Macedonia. She always wrote her birthday as the 27th of August because that was the day of her baptism, which was always more important to her than her birth. For her work with the poor around the world she received the 1979 Nobel Peace Prize.

In 1928 she joined a religious order and took the name Teresa. The order immediately sent her to India. A few years later, she began teaching in Calcutta, and in 1948 the Catholic Church granted her permission to leave her convent and work among the city’s poor people. She became an Indian citizen that same year. In 1950, she founded a religious order in Calcutta called the Missionaries of Charity. The order provides food for the needy and operates hospitals, schools, orphanages, youth centers, and shelters for lepers and the dying poor. It now has branches in 50 Indian cities and 30 other countries.

In addition to the 1979 Nobel Peace Prize, Mother Teresa has received other awards for her work with the needy. These awards include the 1971 Pope John XXIII Peace Prize and India’s Jawaharlal Nehru Award for International Understanding in 1972. Mother Teresa died on September 5, 1997. She is sorely missed.

“I see God in every human being. When I wash the leper’s wounds, I feel I am nursing the Lord himself. Is it not a beautiful experience?” — 1974 interview.

“When I see waste here, I feel angry on the inside. I don’t approve of myself getting angry. But it’s something you can’t help after seeing Ethiopia.” — Washington 1984.

“I choose the poverty of our poor people. But I am grateful to receive (the Nobel) in the name of the hungry, the naked, the homeless, of the crippled, of the blind, of the lepers, of all those people who feel unwanted, unloved, uncared-for throughout society, people that have become a burden to the society and are shunned by everyone.” — Accepting the Nobel Peace Prize, 1979.

“I have never been in a war before, but I have seen famine and death. I was asking (myself), ‘What do they feel when they do this?’ I don’t understand it. They are all children of God. Why do they do it? I don’t understand.” — Beirut 1982, during fighting between the Israeli army and Palestinian guerrillas.

“Please choose the way of peace. … In the short term there may be winners and losers in this war that we all dread. But that never can, nor never will justify the suffering, pain and loss of life your weapons will cause.” — Letter to U.S. President George Bush and Iraqi President Saddam Hussein, January 1991.

“Abortion is murder in the womb … A child is a gift of God. If you do not want him, give him to me.”

“God will find another person, more humble, more devoted, more obedient to him, and the society will go on.” — Calcutta 1989, after announcing her intention to retire.

“I was expecting to be free, but God has his own plans.” — Calcutta 1990, when the sisters of her order persuaded her to withdraw her resignation.

“The other day I dreamed that I was at the gates of heaven. And St. Peter said, ‘Go back to Earth. There are no slums up here.'” — Quoted as telling Prince Michael of Greece in 1996.

“I once picked up a woman from a garbage dump and she was burning with fever; she was in her last days and her only lament was: ‘My son did this to me.’ I begged her: You must forgive your son. In a moment of madness, when he was not himself, he did a thing he regrets. Be a mother to him, forgive him. It took me a long time to make her say: ‘I forgive my son.’ Just before she died in my arms, she was able to say that with a real forgiveness. She was not concerned that she was dying. The breaking of the heart was that her son did not want her. This is something you and I can understand.”

10th anniversary of her death

On September 5, 2007, Mother Teresa’s feast day, Calcutta’s Archbishop Lucas Sirkar said Mass for thousands of devotees to commemorate the 10th anniversary of the death of Mother Teresa (attended by nuns and volunteers at Mother House, the headquarters of the Missionaries of Charity).

Hi friends, last week I attended an Inner Healing Retreat at Chittoor Retreat Centre, Ernakulam, Kerala, India. This christian retreat centre in kerala held a beautiful retreat which was for one week, starting on 25th July to 30th July at the retreat centre. Around 500 people came from distant places and stayed in the retreat center. Among them were children, teenagers, youth, couples and grandparents.

The Christian Retreat was really a very nice experience to me as it forced me to think about all those aspects of Christianity which i had never thought about, till date. I will share with you all the main topics of the classes taken at the retreat centre and about the spiritual services that were offered us from this retreat centre. Some of them were …

1.Specialties of God’s love
2.Power of Prayer
3.Sin in general
4.Each commandment explained in detail
5.Abortion – The new murderer
5.Should we pray to Virgin Mary?
6.Repentance
7.Christ – The only saviour
8.Facts about Confession
9.Power of the Holy Mass
10.You and your family
11.Inner Healing
12.All about Holy Spirit
13.Things one should do to remain in the spirit

I wonder whether many people know about this amazing christian retreat centre in Kerala, India. I really loved the retreat which I attended here in this Chittoor retreat center. I am sure you all would like to see the contact details of the Chittoor centre.

If you have never attended any retreat here in this Chittoor Centre (Snehasusrushalayam), any retreat, for example a youth retreat, couples retreat, family retreat, christeen retreat… anyone among these, then I highly recommend you do it at the earliest. I am 100% sure that it will be a life-changing experience for each one of you.