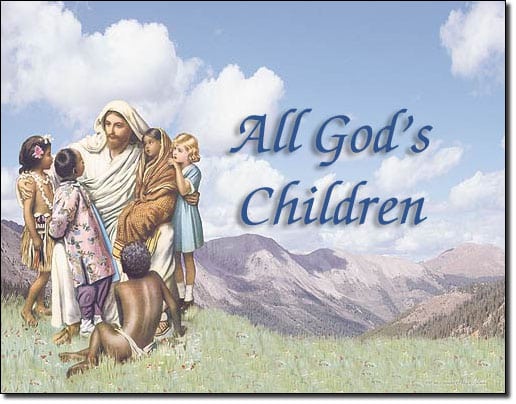 After years of experience, Brenda was faced with a challenge in Sunday School that she just didn’t know how to handle. She had never been asked to teach a child quite like Cindy!

Cindy, you see, was different. She came from a broken home. She was poor. And although she was really fairly bright, she had such a low opinion of herself that she was also an under achiever. Cindy needed love, but most of all, Cindy needed Jesus! There just had to be a way of getting through to her.

Day after day, Brenda would pray for Cindy, yet Sunday would come and go and she saw little, if any, change.

Then one day Brenda asked Cindy if she thought she could play a specific role in a Christmas Program the children were planning to do. Cindy’s response was, “Don’t you think you can find someone better than me?”

“Well, I’ve never been asked to do anything before because I’m no good. I mess everything up. I won’t get the part right and then everyone will be mad at me for messing up their program,” came Cindy’s answer.

“Oh, Cindy,” said Brenda in gentle voice. “I am so sorry that you think that, but you are so wrong. Don’t you realize how valuable you are to God?”

“No,” came a muffled reply for Cindy was now in tears.

“Well, Cindy,” continued Brenda. “Tell me, what was the price that God paid for you… what was He willing to give for your soul.”

“And what was the price that God paid for me?” questioned Brenda, again.

“And what was the price that God paid for Bro. Bob, the pastor of this church?” questioned Brenda, again.

“He gave His son, Jesus,” replied Cindy again with a slight smile on her face.

“Don’t you see, Cindy,” said Brenda. “Would a God that is fair and just cheat Himself?”

“Then your soul must be just as important to God as mine is… or Brother Bob’s…. or Paul the apostles…. or anyone else’s for that matter, and I don’t ever want to hear you say different. Okay?” questioned Brenda.

“Okay,” said Cindy as she accepted a hug from her teacher for the first time!

Cindy went on to take the part in the Christmas Program, and did an excellent job. She also has participated in many Christmas Programs since then. Eventually, she accepted God’s gift of salvation and was baptized in a farm pond not far from the church.

And for years, even after Cindy was promoted to the next class, anytime Brenda sensed that Cindy was having a tough go of it, she could always get a smile out of her by asking one simple question. “Cindy, What was the price that God paid for you!”

It seemed to serve as a reminder to Cindy that regardless of what others thought, there was someone who cared! And He cared so very much…. He even sent His Son to suffer and die on her behalf!