Many among us saw the movie Son Of God which was released this February, 2014. Here we give you some HD wallpapers from Son of God movie. Check out each of the 28 high-resolution wallpapers and choose your favorite one as your computer’s desktop wallpaper.

Origin Of The Movie

Last year, the History Channel aired a mini-series called “The Bible”, executive produced by husband and wife Mark Burnett and Roma Downey (who also played Mary, Jesus’ mother). The mini-series was nominated for 2 Primetime Emmys and received high audience ratings. “Son of God” is the Jesus section of that mini-series, brought to large screens in the hopes of finding an even wider audience.

Unlike Mel Gibson’s Passion of Christ, which focused on Jesus’ arrest, torture, and death, “Son of God” takes us through Jesus’ life from its humble beginnings in the barn, to the gathering of his followers, his march to Jerusalem, and all of the miracles he performed along the way. Watch Jesus multiply the loaves and fishes and walk on water and raise Lazarus from the dead.

When Jesus (played by Portuguese actor Diogo Morgado), first approaches the fisherman Peter (Darwin Shaw), loading up his boat in the dead-calm Sea of Galilee, Jesus smiles knowingly at Peter. Peter tells him there are no fish out there, and Jesus runs his hands through the water and Peter’s net is filled with fish.

Jesus: Come with me
Peter: What are we gonna do?
Jesus: Change The World

Jesus’ miracles come off one by one throughout the film.Â His followers multiply, and so do his critics. He threatens those in power, not only the Jewish high priests (led by Caiaphas, played by Adrian Schiller), but the Romans occupying Jerusalem.

Watch the movie Son Of God if you haven’t seen it yet. It may not be as great as the Passion of Christ, but it surely is a visual treat for all who believe in the Son of God. Also download the Son of God HD wallpapers given above by clicking on each of the thumbnail images. 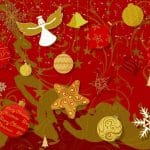