Personal Revelation : The Test of Obedience 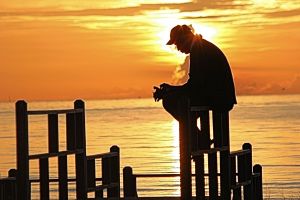 The church has studied and often accepted the personal revelations given to saintly people over many centuries. The approach of the church to personal revelation is one of guarded scrutiny. The saints have often revealed their visions to their confessors and superiors in total obedience. If the superior told the saint not to reveal their visions to anybody else, the saints obeyed it without questioning. They practiced the virtue of obedience to the Holy mother church in all matters.

Take for example the visions and revelations of Teresa of Avila. She followed the instructions of her confessors and superiors in all matters without questioning. If a vision is from God, it will come to pass and no force on earth can stop it. If it is a vision of wishful imagination, it will die without ever producing any fruits.

Look at the visions of Joseph, the Patriarch. His visions were true and his brothers came to see him in Egypt and accepted his dominion over them, exactly the way as it was prophesied. Joseph was immature when he had the dream. He told his brothers about his visions. Joseph’s dream enraged his brothers. They burnt with jealousy and threw Joseph in the pit and sold him as a slave. Joseph lived as a slave, and was later accused as a molester of his master’s wife. Joseph was put in the prison for no fault of his own.

The experiences in the pit, the seductions of Potipher’s wife or the life in the dungeons of Egypt did not stop Joseph from becoming the master of Egypt. The dream of Joseph was from God and no creature on earth could stop the dream of the creator for his beloved Joseph. A personal revelation is also a test of obedience from God.

What to do when you receive a Personal Revelation

When a corn of wheat dies it will bring out more fruits. When you abide in Jesus and Jesus abides in you, you will start showing the character traits of the son of man. You are the branch and Jesus is the true vine. The branch can do nothing on its own. It is totally dependent on the vine for sap and sustenance. Jesus himself had told his disciples not to feel elated on seeing Satan fall from heaven at their command, but to feel happy that their names were written in the book of life.

Our words have power. The words we utter in total faith and surrender to the promises of Jesus can shake the forces of hell. We, by faith, can pray for healing and deliverance from the forces of oppression and it will come to pass. We should never get pumped up when we see the power of the living word of God. On the contrary, it should bring extreme humility into our soul as God is giving the power of the risen Christ into the hands of wretched sinners like us.

Read The PDF: Understanding The Principles of Personal Revelation

Personal revelation is a double-edged sword. It is a test of our obedience and humility. If you receive a personal revelation, then humble yourself before God and obey the teachings of the Holy Catholic and apostolic church. When you do so, fruits will abound from your visions and revelations and you will be worthy to be called a faithful servant of God.

This entry is filed under Think N Grow. You can follow any responses to this entry through the RSS 2.0 feed. You can leave a response, or trackback from your own site.
Your Thoughts Are Welcome | Leave a Reply
Prev/Next Posts
« Paradise : The Kingdom of God | Home | Learn To Exploit Pressure »
Subscribe For Free
Pages
Top Devotional Songs
Today's Top 10
Play Songs Online
Categories
Most Popular Articles
Most Discussed Posts