Kelsey Shelton Smith-Briggs died on October 11, 2005 at the home of her mother, Raye Dawn Smith, and her stepfather, Michael Lee Porter in Meeker, Oklahoma. Evidence indicates that Kelsey died from a blunt force trauma to the abdomen. In the final months of her life she had suffered a broken collarbone, broken legs, and multiple bruises and abrasions on her face and body. 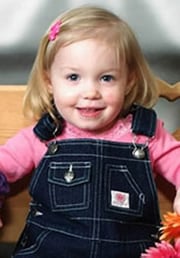 In January 2005, the Oklahoma Department of Human Services confirmed abuse against Kelsey’s mother after she was taken to a local emergency room with a broken collar bone, multiple bruises and abrasions to Kelsey’s lower back, buttocks, and thighs. In April, both of Kelsey’s legs were broken and it was determined these were spiral fractures in different stages of healing and were caused by child abuse. After this incident, Kelsey was taken into State’s custody.

Her case was watched closely by State authorities and the courts. At the time of Kelsey’s death, her biological father, Lance Briggs, was stationed at Fort Benning, Georgia awaiting separation papers upon his return from deployment in Iraq.

Prosecutors initially charged Michael Porter with sexual assault and first-degree murder, but in February 2007 he plead guilty to enabling child abuse and received a 30-year prison sentence. Raye Dawn Smith was tried on charges of enabling child abuse, and a jury returned a verdict of guilty against her on July 18, 2007, and sentenced to 27 years in prison. In March 2006, the Oklahoma state legislature passed the Kelsey Smith-Briggs Child Protection Reform Act.

Cordaid – What is it? 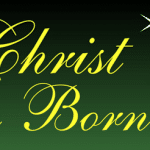 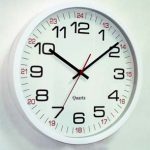 Story : An Hour of Your Time