Eight Lies Of A Mother 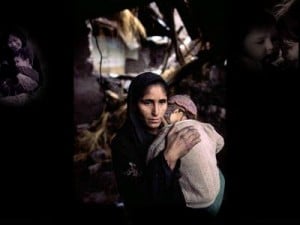 This story begins when I was a child: I was born poor. Often we hadn’t enough to eat. Whenever we had some food, Mother often gave me her portion of rice. While she was transferring her rice into my bowl, she would say “Eat this rice, son! I’m not hungry.”

This was Mother’s First Lie.

As I grew, Mother gave up her spare time to fish in a river near our house; she hoped that from the fish she caught, she could give me a little bit more nutritious food for my growth. Once she had caught just two fish, she would make fish soup. While I was eating the soup, mother would sit beside me and eat the what was still left on the bone of the fish I had eaten, My heart was touched when I saw it. Once I gave the other fish to her on my chopstick but she immediately refused it and said, “Eat this fish, son! I don’t really like fish.”

This was Mother’s Second Lie.

Then, in order to fund my education, Mother went to a Match Factory to bring home some used matchboxes, which she filled with fresh matchsticks. This helped her get some money to cover our needs. One wintry night I awoke to find Mother filling the matchboxes by candlelight. So I said, “Mother, go to sleep; it’s late: you can continue working tomorrow morning.” Mother smiled and said “Go to sleep, son! I’m not tired.”

This was Mother’s Third Lie.

When I had to sit my Final Examination, Mother accompanied me. After dawn, Mother waited for me for hours in the heat of the sun. When the bell rang, I ran to meet her.. Mother embraced me and poured me a glass of tea that she had prepared in a thermos. The tea was not as strong as my Mother’s love, Seeing Mother covered with perspiration, I at once gave her my glass and asked her to drink too. Mother said “Drink, son! I’m not thirsty!”.

This was Mother’s Fourth Lie.

After Father’s death, Mother had to play the role of a single parent. She held on to her former job; she had to fund our needs alone. Our family’s life was more complicated. We suffered from starvation. Seeing our family’s condition worsening, my kind Uncle who lived near my house came to help us solve our problems big and small. Our other neighbors saw that we were poverty stricken so they often advised my mother to marry again. But Mother refused to remarry saying “I don’t need love.”

This was Mother’s Fifth Lie.

After I had finished my studies and gotten a job, it was time for my old Mother to retire but she carried on going to the market every morning just to sell a few vegetables. I kept sending her money but she was steadfast and even sent the money back to me. She said, “I have enough money.”

That was Mother’s Sixth Lie.

I continued my part-time studies for my Master’s Degree. Funded by the American Corporation for which I worked, I succeeded in my studies. With a big jump in my salary, I decided to bring Mother to enjoy life in America but Mother didn’t want to bother her son; she said to me “I’m not used to high living.”

That was Mother’s Seventh Lie.

In her dotage, Mother was attacked by cancer and had to be hospitalized. Now living far across the ocean, I went home to visit Mother who was bedridden after an operation. Mother tried to smile but I was heartbroken because she was so thin and feeble but Mother said, “Don’t cry, son! I’m not in pain.”

That was Mother’s Eighth Lie.

Telling me this, her eighth lie, she died. YES, MOTHER WAS AN ANGEL!

“M” is for the Million things she gave me,

“T” is for the Tears she shed to save me,

“E” is for her Eyes with love-light shining in them,

Put them all together, they spell “MOTHER” a word that means the world to me.

For those of you who are lucky to be still blessed with your Mom’s presence on Earth, this story is beautiful.

For those who aren’t so blessed, this is even more beautiful.

This entry is filed under Stories. You can follow any responses to this entry through the RSS 2.0 feed. You can leave a response, or trackback from your own site.
9 Responses to “Eight Lies Of A Mother”
1

Hi,
What a beautiful piece you wrote regarding your Mother…
Mother’s are priceless…just like the Lord.

I wrote a post on my blog, JESUS KNOWS YOU BEST
entitled “What Is Your Relationship With Jesus Like? (Sept. 2009)
In it I described…how I got close to God…
by losing my Mother…I FOUND GOD!

IT WAS THE GREATEST THING MY MOTHER EVER DID FOR ME…and after I found The Lord,
Jesus Christ…HE allowed me to hear my Mother
from Heaven.

Mother’s are God’s way of taking care of us everyday on earth!
But your Mother will always watch, love you and take care of you from Heaven.

Hello,
Your story is copied and published in kannada(one of regional language in india). and i think he has copied without prior information. Plz check it.
Author Name is: A.R.Manikanth
he is an asst editor of a news paper vijaya karnataka. and the publisher is Neelima Publisher, No:689, 5th main, 8th cross, kengeri subtown, bangalore-580060 India.

Interesting post, the blog is really very well worth reading. Will pay determined again to visit this blog.

Yes, You are free to do that. Please show the source page URL (the page URL on my site) as you create it. Thanks a lot.

Thanks a lot for the permisson you have granded
this my seconds film my frist short film is A SMALL THING CAN CHENGE THE WORLD you can watch it at youtube please send me the by mail what do feel after seeing my 1st short film .
Thankimg you

it is soooo beautiful .i shed tears on reading it.mothers are angels sent by god to look after us

what a wonderful story..it touchable story…God Bless to all mothers…thank you for sharing this story to all… i was blessed of this story…im very proud of mother too.