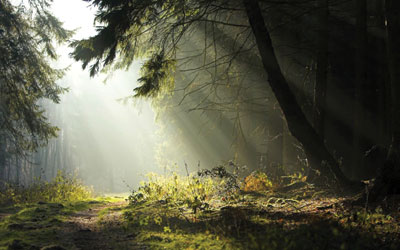 We know it is impossible to live on earth without sun, as the whole life depends on the photosynthesis-the process through which plants and certain other organisms collect food for their life, using light as energy source..these plants later become food for other animals… without sun it would be impossible for the living beings to be on earth….in this case, we have to understand the reason why the ancient people worshiped sun…the sun being the symbol of warmth, and symbol of energy.

Without sun, it would be impossible for us to live on earth as we would be freeze in the cold…. like way, on the dark side of the moon and other places in space that are shielded from the sun’s rays, where temperatures are hundreds of degree below zero. Sun’s gravitational pull also keeps earth in its orbit. It keeps the whole world on right track.

So we have to understand the use of sun in broad way, it gives warmth, gives light, produce food, and provides the gravitational pull needed to keep Earth in orbit….. If the sun has so much power, how powerful would be our heavenly father who created the universe, planets and everything which we could see with our eyes and others that cannot be seen with our eyes.

God The Sun, We His Reflections

God’s physical creation illustrates spiritual truths. He wants us to understand him through these natural bodies. Sun, moon, stars, planets, and earth everything was created to understand him better. God is Spirit as the sun light can only be felt, God can also only be felt we could not see him with our eyes. Bible says that, he is light (John 4:24; 1 John 1:5)….Sometimes we are not able to bear the natural energy, because of its power, in that case, how powerful would be “thy” spiritual energy.

Just imagine a situation without sun, we would totally be in darkness, even the shining of moon depend on the brightness of sun, as the moon cannot shine by itself. In the same way, a man without God would be in total darkness, because the spiritual light in him does not shine.

Without the rays of sun, we would freeze….if we are not guided by the spiritual ray we too will be freeze into spiritual coldness. Without the Sun’s rays, there would be no food, and without the Lord to feed us spiritually, our spirits would die of hunger. Finally, without the Sun’s gravitational pull, instead of staying in its well-planned orbit, Earth would go wandering off through space and probably crash into some other astral body eventually. Without God’s guidance, His gravitational pull on us in the spiritual world, we too would certainly get out of the well-planned orbit of His will-our proper spiritual orbit-and we’d go wandering off into the darkness of spiritual space and probably crack up somewhere.

When we stay astray from the light we will be out of orbit, having no direction, no guidance-lost in space! That’s what people who don’t have the Lord are like: They’re lost in spiritual space, spiritual darkness. Cold, hungry people are wandering around in darkness without God, just as Earth would be without the Sun.

God even calls the wayward angels, the rebellious angels and spiritual powers of the Devil “wandering stars” (Jude 6, 13). They’ve tried to run away from His control. They’ve left their center and gotten out of orbit. In their rebellion, they’re wandering off, lost in space!

That has the most horrible sound to it-”lost in space”-wandering off through the vast darkness of space, so alone! It’s just like people without the Lord-freezing, starving, blind, and lost.

It would be great to understand God as our sun and we are His moon. We just only reflect his light to our surroundings. And when should we reflect His light the most? When does the Moon shine brightest? At night, when the Sun is out of sight, as the world slips deeper and deeper into spiritual darkness, so we must keep on shining and lighting the world with His reflected light.

We are also like the Sun’s rays. Each of us who has received Jesus as our Savior is like a sunbeam, a little ray of sunshine coming from the Lord. Each of us has become part of His light and part of His power, spiritually.

The Bible tells us that God is also love (1 John 4:8). Love is the power and light of God. So when you give God’s love to people, you’re showing them His light. God’s Spirit of love and power and light will lead you to those who especially need your loving help and who will respond in loving appreciation, just as it will also lead them to you. 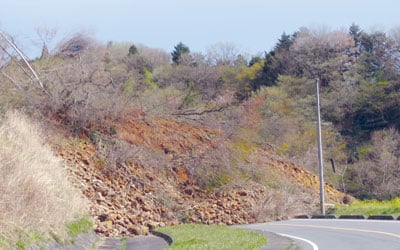 Vehicles’ movements on the roads through the hills and mountains are often disrupted by big or small landslides especially during the monsoon or rainy season or when there are big or small earth quakes or strong wind. If landslides are happening on highways where many vehicles move on by, immediately the mud and stones on the roads are removed especially by using equipments such as bulldozers, JCB etc. and roads are cleared up. If the landslides happen on the roads which are going to some villages and not many vehicles are passing by, these roads will be cleared up slowly sometimes manually.

Our earthly journey towards our destiny is disrupted by many obstacles. The importance and necessity of reaching the destination will enable us to take various steps to remove the obstacles that hinder on our path to reach our destination. These obstacles can be big or small. St Paul says (Rom. 8:38) “For I am convinced that neither death nor life, nor angels nor ruler nor things present nor things to come, nor powers nor height, nor depth nor anything else in all creation will be able to separate us from the love God in Christ Jesus Our Lord.”

Mother Theresa chose to serve the poorest of the poor, the sick and the abandoned in the society for Jesus and her loving service was the road she chose to reach God. For St. Francis of Assisi the road to reach God was choosing poverty in his life. If we read the life of any saints we find certain roads they chose to reach God. On this roads they had to face many trials and difficulties, abandonment, suffering etc but through persevering efforts they removed or overcame those obstacles with firm determination to reach their destiny.

Jesus’ road here on earth was to do the will of the Father. The suffering, agony, isolation, cross and death were the obstacles on his way. Jesus’ prayer in the garden of Gethsemane reveals the challenge that Jesus faced in his life to remove the obstacle of pain, humiliation, isolation, intense mental and bodily pain. “My Father, if it is possible let this cup pass from me, yet not I want but what you want” (Mt. 26:39).

Confession, counseling, spiritual guidance, prayer, and sacraments are some of the Bulldozers and JCBs to remove certain fear, anxieties, frustrations and many other problems in our lives that remain as obstacles on our path to God.

Let us pray to our Heavenly Father to give us a clear vision of our goal in Him and strength to remove the obstacles that hinder our way to Him. 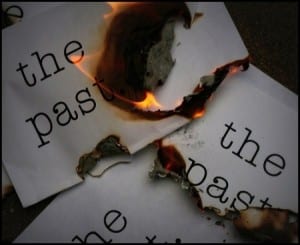 Two days back, a concerned family brought their 10-year-old boy to our office. The parents said he was so gripped with fear. Even to go from one room to the next, he would ask his mother or sister for assistance.

My wife Ancy and I had a lengthy talk with the boy. We asked him what he was afraid of. He said he was afraid of ghosts! We enquired why he was thinking about ghosts and from where he got the information. He told us that every evening, after school, he used to play with his neighborhood friends. While playing, they talked a lot of ghost stories.

They talked about the weird thing that happened last week in such and such a place and what the ghost did to such and such a girl last year. He told them he didn’t like these stories. But the more he told them, the more they told him – about ghosts. Those ghost stories oppressed his mind. Everywhere he went, he was suspecting ghosts waiting to attack him!

Unfortunately, there are many precious folks who are ‘haunted’ by ‘ghosts’ – not puny creatures with horns on their heads, but painful past experiences that make them quake or cry even today. It may have happened two years back, some even twenty years back. But those ‘ghost memories’ linger in their minds and keep coming back.

Now the vital question is: what is the way out? How to permanently solve this recurring problem?

Here are five helpful tips from Philippians 3:13-14 “…one thing I do: Forgetting what is behind and straining toward what is ahead, I press on toward the goal to win the prize for which God has called me heavenward in Christ Jesus”.

1. Accept that the past is past. Many people complain that the past is holding them. But the truth is, they are the ones who are holding on to the past! Understand that we cannot repair our past. It’s a done deal. It’s over and out. Only those who accept this truth can find true freedom from the past. Apostle Paul termed this as “…forgetting the past…” (Phil 3:13).

2. Be secure in Christ. For anything to stand strong, there needs to be a solid foundation. Christ is the surest foundation on which a solid life can be built. When everything else shakes, you stand and keep standing secure, because you are standing on the solid Rock! That’s what Paul meant when he said about his desire to “…win the prize to which God in Christ Jesus is calling us…” (Phil 3:14).

3. Remember to live today. One dangerous fact about dwelling in the past is that it stops people from living in the present. One cannot have the ‘luxury’ of having ghostly memories and still enjoying the blessed today. Be intentional about living today. Paul said, “…I press on…” (Phil 3: 14). It’s a now thing. It’s living in the 24×7.

4. Know where you are running to. The easiest way to waste life is to simply run without having any destination! However a smart way to break painful memories is to set your life toward achieving a specific goal. Goals bring focus and purpose. That’s why Paul said, “…I press on toward the goal…” (Phil 3: 14).

5. Look through heaven’s glasses. However long your life can be, still it is short compared to ‘heaven’s days’. We can enjoy God’s richest blessings on this earth but what God has for us in heaven is much greater and richer. Jesus is getting ready to take us home! When past ‘ghosts’ try to intimidate you, understand that they have lost their power over you since you are gripped by a glorious ‘upward’ vision. That’s what Paul meant when he said, “…God in Christ Jesus is calling us upward” (Phil 3: 14).

That 10-year-old boy needed to understand that he was not haunted by ghosts but by his own fears. Similarly, know that your past pains can’t hold you or haunt you anymore!

Question: What else do you like to add to this list for helping someone from past wounds? Add your comments here.

– – – written by Joe Abraham from www.joeandancy.com