No Mosque At Ground Zero 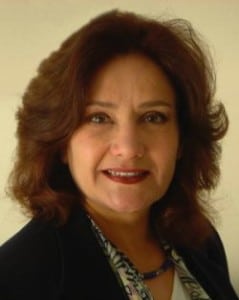 No Mosque at Ground Zero

This article, given below, was written by Nonie Darwish, a woman born in Egypt as a Muslim. This is not heresy. Make sure you read the paragraph in red towards the end. Is this article really telling the truth? We can never be sure. Please give your valuable comments in the end.

In Muslim faith, as per Sharia Law, a Muslim man can marry a child as young as 1 year old and have sexual intimacy with this child, consummating the marriage by 9. The dowry is given to the family in exchange for the woman, who becomes his slave.

Even though a woman is abused, she cannot obtain a divorce. To prove rape, the woman must have 4 male witnesses.

Often after a woman has been raped, she is returned to her family and the family must return the dowry. The family has the right to execute her (an honor killing) to restore the honor of the family. Husbands can beat their wives ‘at will’ and the man does not have to say why he has beaten her.

The husband is permitted to have 4 wives and a temporary wife for an hour (prostitute) at his discretion.

The Sharia Muslim law controls the private as well as the public life of the woman.

In the Western World (America), Muslim men are starting to demand Sharia Law so the wife can not obtain a divorce and he can have full and complete control of her. It is amazing and alarming how many of our sisters and daughters attending American Universities are now marrying Muslim men and submitting themselves and their children unsuspectingly to the Sharia law.

About The Author : Nonie Darwish

By passing this on, enlightened American women may avoid becoming a slave under Sharia Law, ripping the West in two. Author and lecturer Nonie Darwish says the goal of radical Islamists is to impose Shariah law on the world, ripping Western law and liberty in two. She recently authored the book, Cruel and Usual Punishment : The Terrifying Global Implications of Islamic Law.

Darwish was born in Cairo and spent her childhood in Egypt and Gaza before immigrating to America in 1978, when she was eight years old. Her father died while leading covert attacks on Israel. He was a high-ranking Egyptian military officer stationed with his family in Gaza. When he died, he was considered a “shahid,” a martyr for jihad. His posthumous status earned Nonie and her family an elevated position in Muslim society.

But Darwish developed a skeptical eye at an early age. She questioned her own Muslim culture and upbringing. She converted to Christianity after hearing a Christian preacher on television.

In her latest book, Darwish warns about creeping shariah law – what it is, what it means, and how it is manifested in Islamic countries.

For the West, she says radical Islamists are working to impose shariah on the world. If that happens, Western civilization will be destroyed. Westerners generally assume all religions encourage a respect for the dignity of each individual. Islamic law (Sharia) teaches that non-Muslims should be subjugated or killed in this world.

Peace and prosperity for one’s children is not as important as assuring that Islamic law rules everywhere in the Middle East and eventually in the world.

While Westerners tend to think that all religions encourage some form of the golden rule, Shariah teaches two systems of ethics – one for Muslims and another for non-Muslims. Building on tribal practices of the seventh century, Shariah encourages the side of humanity that wants to take from and subjugate others.

While Westerners tend to think in terms of religious people developing a personal understanding of and relationship with God, Sharia advocates executing people who ask difficult questions that could be interpreted as criticism.

It’s hard to imagine, that even in these modern educated days, Islamic scholars agreed that those who criticize Islam or choose to stop being Muslim should be executed. Sadly, while talk of an Islamic reformation is common and even assumed by many in the West, such murmurings in the Middle East are silenced through intimidation.

While Westerners are accustomed to an increase in religious tolerance over time, Darwish explains how petrodollars are being used to grow an extremely intolerant form of political Islam in her native Egypt and elsewhere.

In twenty years there will be enough Muslim voters in the U.S. to elect the President by themselves, and sooner in Canada! Rest assured they will do so. You can look at how they have taken over several towns in the USA. Dearborn, Michigan is one, and there are others.

I think everyone in Canada and the U.S. should be required to read this, but with the American Civil Liberties Union (ACLU), there is no way this will be widely publicized, unless each of us sends it on!

It is too bad that so many are disillusioned with life and Christianity to accept Muslims as peaceful. Some may be but they have an army that is willing to shed blood in the name of Islam. The peaceful support the warriors with their finances and own kind of patriotism to their religion. While America is getting rid of Christianity from all public sites and erasing God from the lives of children, the Muslims are planning a great jihad on America. Please, no Mosque at Ground Zero!

What do you say? Do you completely agree with the author? Please write down your comments using the comment form given below. 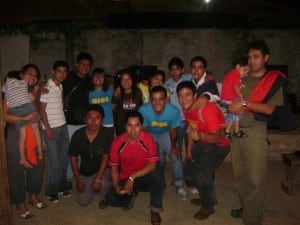 Hello everyone, I am Flor from Mexico, I want to share my first experience of a mission trip with a group of 12 and we went to Tlanchinol, Hidalgo Mexico last week.

When we arrived to Tlanchinol the people were polite with us, in spite of very few facilities (technology, electrical light, water) the life is great anyway. We saw the mountains very close.

First we visited Tenango and Cuatepextla Tlanchinol Hidalgo. We started to walk to invite people to the first service at “Aposento Alto Church” we were walking a lot because the houses are very far, we really saw that they need to have a closer relationship with God, stay on focus with him, many people attended the first service to watch the movie “Ropa Nueva Para Felipe”. It talks about a boy who was sick. His family tried all ways to heal him (doctors, witchcraft), at the end they went to a church and this boy was healed by God´s power. After that we sang together to finish the first service. Our group was connecting with the people there.

The next day we had two services at morning and evening, also we went to invite more people and lots of children this time, in fact the first service was specially for children, as the bible said: “Let the little children come to me, and do not hinder them, for the kingdom of God belongs to such as these” (Mark 10:14). We taught them a biblical lesson represented with dramas. They learned some verses, christian songs, and also participated telling some verses and they won some scholar articles. The children are very intelligent they learn quickly, at the end we gave them a delicious food.

While the other service we ate “a delicious mole” (traditional mexican food) and got ready to start the second service. We wish to do it on the street but it was raining, then the service happened at the church. That day an amazing miracle occurred there, the resident Pastor who since 35 years ago did not hear well, was healed by the God´s power. We have a GOD of wonders.

He told: “I did not hear when someone was calling me, they needed to repeat many times the same, and now I hear them perfectly”. Glory to the Lord! He gave us a victory in that church. They invited us again, and we were all praying for God´s will.

After that we went to San Felipe Tlanchinol Hidalgo “Casa del Alfarero Church”, we talked with the Pastor about the plans there, and then went to invite neighbors giving candies, balloons, bible brochures on the street. This is very important, because many times they are so shy to come to the church. We must be the Light in the Darkness. “to open their eyes and turn them from darkness to light, and from the power of Satan to God, so that they may receive forgiveness of sins and a place among those who are sanctified by faith in me.” (Acts 26:18).

As well, we bought some articles to give to ladies and children. They watched the same movie, we believe God touched their hearts. Normally only few attended this church but the day we were there, lots of people turned up. Praise the Lord. We believe in Jesus Name, it will be going better every day. Also we were invited to come there again. We are blessed with this kind of trips, because we can show God´s love to others. And share the Holy scriptures.

Whatever you do, work at it with all your heart, as working for the Lord, not for men.

I am thankful to God. Congratulations to this website! God bless You All!

Posted in News | No Comments yet, your thoughts are welcome
August 27th, 2010

40 Days for Life is a community-based campaign that draws attention to the evil of abortion through the use of a three-point program:

40 Days for Life takes a determined, peaceful approach to showing local communities the consequences of abortion in their own neighborhoods, for their own friends and families. It puts into action a desire to cooperate with God in the carrying out of His plan for the end of abortion in America.

The 40-day campaign tracks Biblical history, where God used 40-day periods to transform individuals, communities … and the entire world. From Noah in the flood to Moses on the mountain to the disciples after Christ’s resurrection, it is clear that God sees the transformative value of His people accepting and meeting a 40-day challenge.

40 Days for Life is a focused pro-life campaign with a vision to access God’s power through prayer, fasting, and peaceful vigil to end abortion in America.

The mission of the campaign is to bring together the body of Christ in a spirit of unity during a focused 40 day campaign of prayer, fasting, and peaceful activism, with the purpose of repentance, to seek God’s favor to turn hearts and minds from a culture of death to a culture of life, thus bringing an end to abortion in America.

Please Pray With Us